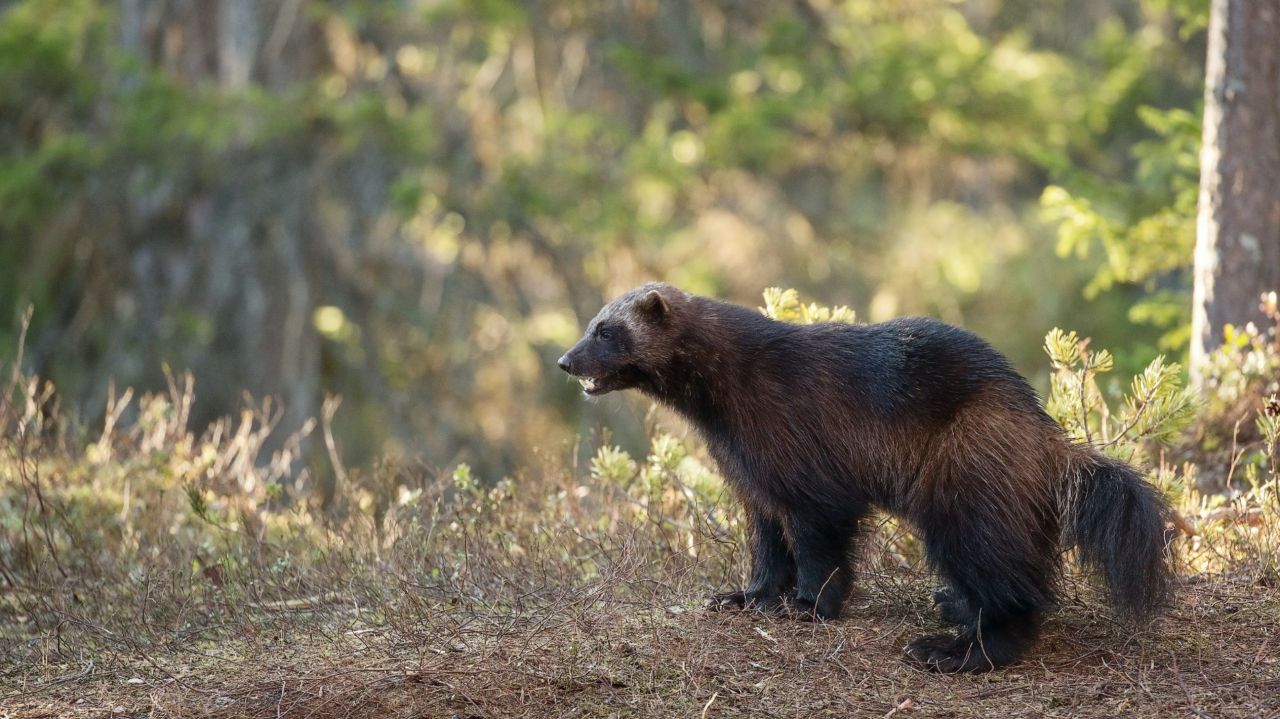 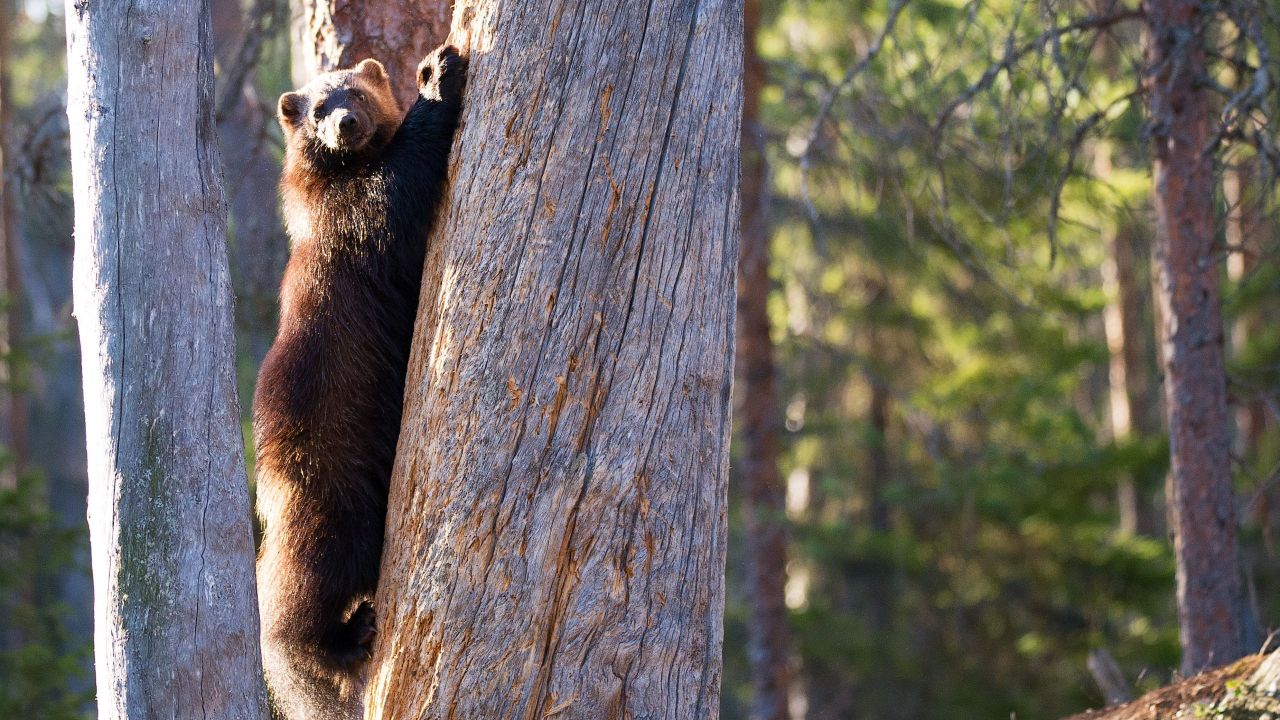 The wolverine is the largest species of land-dwelling weasels. Wolverines weigh 20 to 66 pounds, measure 14 to 17 inches shoulder height, and measure 26 to 36 inches in length, plus a 5 to 10-inch bushy tail.

The wolverine resembles a small bear. They have short legs that are somewhat bowed. They have short ears and strong teeth. Their long-haired coat is coarse and blackish-brown with a light brown stripe extending from each side of the neck along the body to the base of the tail. Their paws not only act as snowshoes but also double as claws, with the tip of each of its twenty toes curved and extremely sharp. Equipped with these hook-like extremities, the wolverine possesses what might be called natural crampons, which allow it to scale an icefall or a sheer cliff with little difficulty. 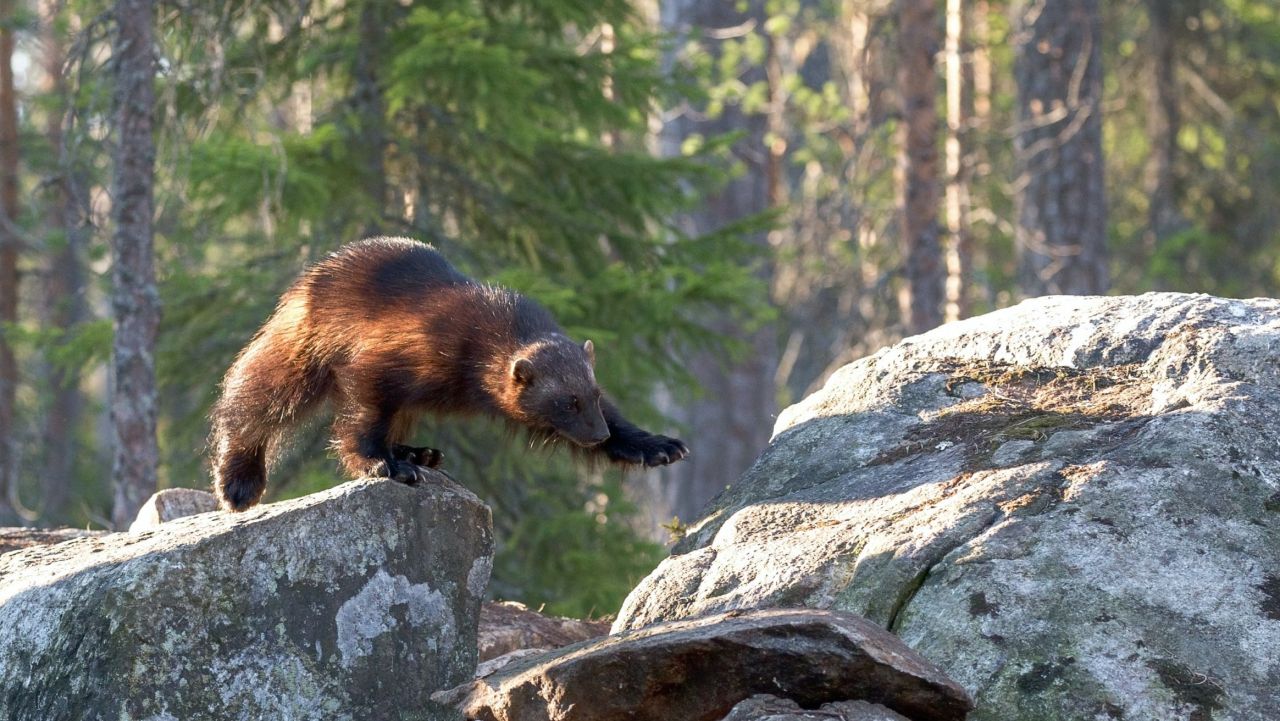 Wolverines are solitary and nocturnal hunters. They are carnivores, hunting deer, sheep, small bears, rodents, hares, and other small burrowing mammals. A large portion of its diet comes from scavenged meat from scavenging the carcasses of elk, caribou, and other animals. When it comes to hunting, they are known for their strength, fearlessness, and veracity. For example, a 30-pound wolverine reportedly attempted to steal a kill from a 400 to 500-pound black bear.

Their habitat includes the arctic, subarctic, alpine, and boreal zones. They live in forests, grasslands, tundra, and rocky areas.

Wolverines are found in cold, northern latitudes of Europe, Asia, and North America. 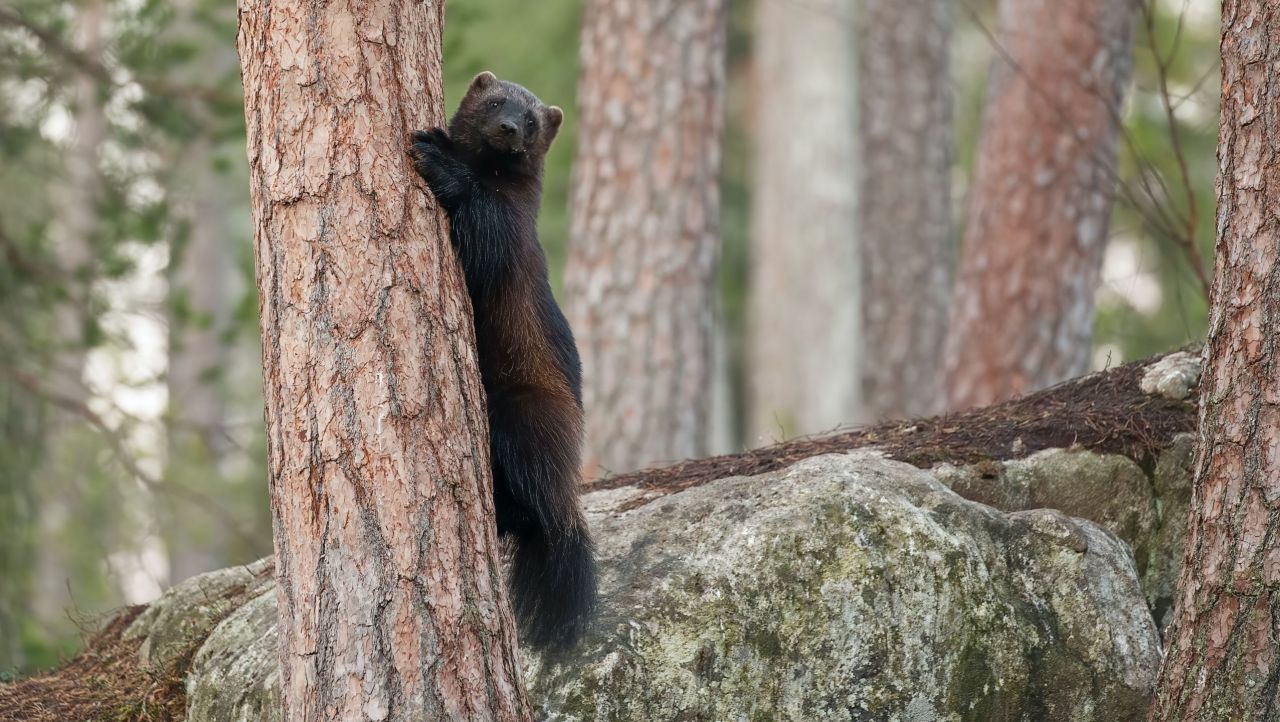 While wolverines are solitary throughout most of the year, they have a short mating period. A female gives birth to a litter of one to five young in the early spring, following a 9-month gestation period. When female wolverines build their dens in late February, they dig as deep as 15 feet below the snow to protect their young from predators and the cold. The female nurses the young for about a year or until the young reaches sexual maturity, at around 2 years old. The male may periodically return to its kits to feed them.

The wolverine spends most of the year by itself, aside from the mating period. It roams and hunts in its enormous territory, which can range in size from 40 miles to over 370 miles, depending on its locations and the available resources. They are known to have a very strong odor, which they use to mark their territory and ensure that no rival wolverines invade their range.

Wolverines were once thought to be entirely reclusive and anti-social, getting together only for the purpose of mating. However, new findings suggest that after infants are born, they stay with their mother for up to an entire year and the dad returns periodically to help raise the kits. 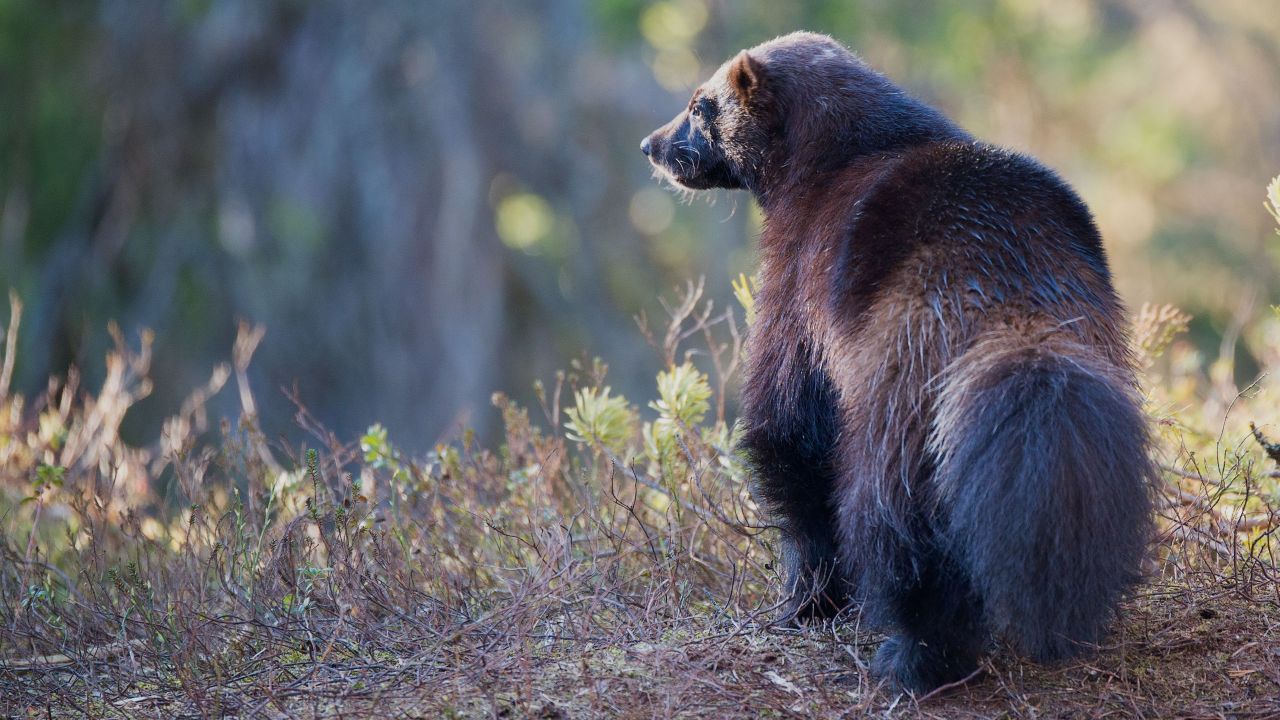 Wolverines have an average life expectancy of 4 to 6 years, but some can reach up to 13.

During the 19th century, wolverine populations nearly disappeared due to hunting and other human activities like deforestation and human expansion. They have made a comeback in the last few decades, but numerous threats still exist. Because wolverines are both extremely territorial and highly sensitive to disturbance, the increasing popularity of winter backcountry recreation combined with new and more powerful snow machine technologies suggests that the wolverine range will continue to diminish to due human activity.

Climate change is another threat to wolverines. They use snow to build the dens where the kits are born and nursed. Because reproduction occurs during spring, this requires that snow cover persists well into February and March. Climate change, however, will likely bring spring temperatures earlier in certain areas, which poses another risk to the wolverine’s survival by further limiting its range.

Wolverines are hunted by humans for their heavy, attractive fur, which was used to line parkas. Today, this practice is far less common and the animals are protected in many areas. 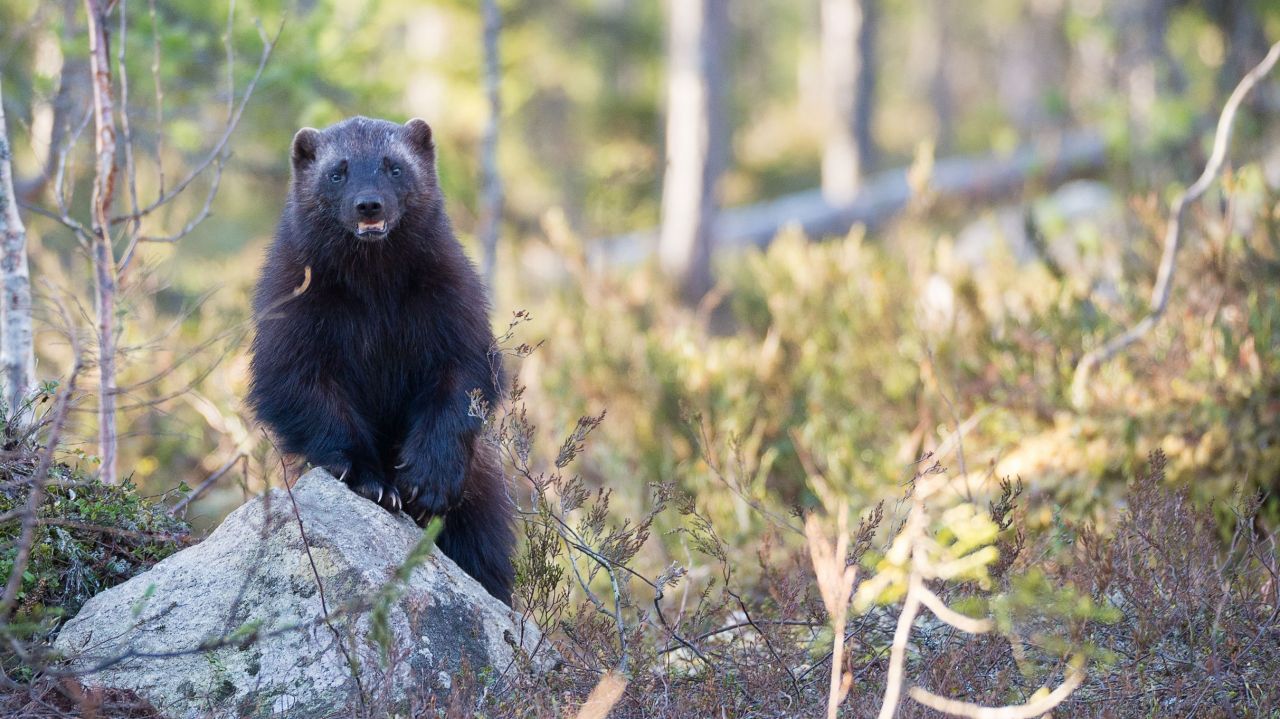 Wolverines are classified as “Least Concern” by the IUCN Red List.

Wolverines are notoriously difficult to study in the wild, which is why so little has been known about them. Scientists are only just beginning to put together an accurate picture of this marvelous creature by combining a number of research methods such as radio-tracking, remote camera surveys, live traps, and DNA traps. Further research will help to better understand and protect the species.