This piece comes to us from the Wildlife Conservation Society (WCS). To honor Hispanic Heritage Month, WCS and Nature are bringing you nine stories in the fields of nature and conservation.

Whenever people ask me what I do for a living, I always say the same thing. I am a travel agent for zoo animals.

Like so many of my fellow New Yorkers, I was born in Puerto Rico and raised in New York City. I spoke Spanish at home and English outside. I will always be grateful for my wonderfully complicated, and at times challenging, upbringing. My Hispanic heritage is what has and will always inspire and define me and the work that I do. 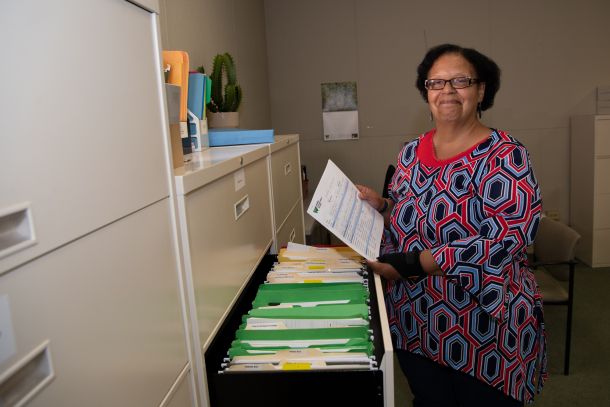 Carmen Guzman at the Bronx Zoo with files for domestic and international shipments for WCS’s four zoos spanning 2010-2019.

From the first wave in the 19th century to the great migration of the 1950s to the present day, Puerto Ricans have left and continue to leave an undeniable mark on New York. Puerto Ricans who settled in New York have kept travel regular between the two places to the benefit of both. If anyone appreciates the potential of travel, of movement and what it can bring, I do.

In my job for the Wildlife Conservation Society’s Bronx Zoo, I book trips for animals on airlines and I make sure that they arrive as quickly and safely as I can. People always respond with:” No, really? They travel on planes?” And, indeed, yes—behind the scenes, zoo animals big and small regularly travel on planes and on many other types of ground vehicles to move to new destinations.

Transporting zoo animals in my experience working with the Wildlife Conservation Society can be nerve-racking but is also personally gratifying. It is invisible work that the public may wonder about and rarely get to observe first-hand. Yet animal movements are critical to the long-term conservation of zoo-based wildlife across the globe. 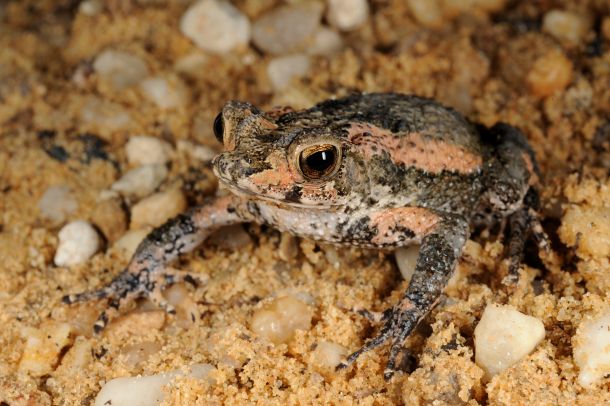 Animal moves are decided by a large community of programs and professionals that include among others, Species Survival Plans, zoo directors, and animal curators. Animals are moved for many reasons, such as breeding and exhibition. Although I’m part of the “admin” side of our organization, my experience with “the animal people” has been great.

In my experience, people involved in the transport of wildlife love animals and are always eager to share their knowledge. I have trusted them to make the right decisions about safe animal transport and I am proud to be part of the support staff team responsible for achieving the goals set for animals.

I began at the Bronx Zoo in July 1995 as a part-time clerk in the Animal Management Services Department. At the time, I was on my way to earning a bachelor’s degree in history with a minor in secondary school education with plans of teaching social studies at a local high school. As a part of the Puerto Rican diaspora, I wanted to contribute to the education of young people. 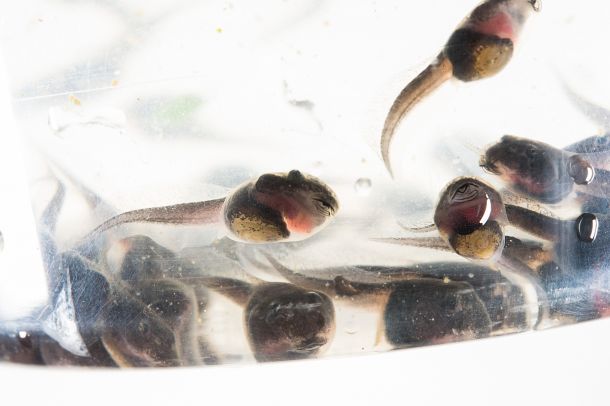 I never imagined that a part-time job at the Bronx Zoo would last more than 2 years. In the end, I did earn my degree and passed my teaching license test but here I am 26 years later. And while I remain in the same department, the position and I have grown in many critical ways.

Today, I help to coordinate the animal shipments for our four Wildlife Conservation Society zoos located in New York City: the Bronx Zoo, Manhattan’s Central Park Zoo, the Queens Zoo, and the Prospect Park Zoo in Brooklyn. Transporting animals involves collaboration and building relationships with animal departments, veterinarians, registrar staff, and finance departments in our organization and beyond.

Behind every shipment is a world of fairly normal administrative “housekeeping.” I process donation paperwork, pay invoices, generate outgoing invoices for the reimbursement of certain charges, and review the filing of hundreds of shipment folders.

I am one of the many people of Hispanic heritage who work in zoos. I believe that my background has helped me to appreciate difference and to work successfully with the diverse people that inhabit the zoo community. Although I treat all shipments equally, there are some that hold special significance. 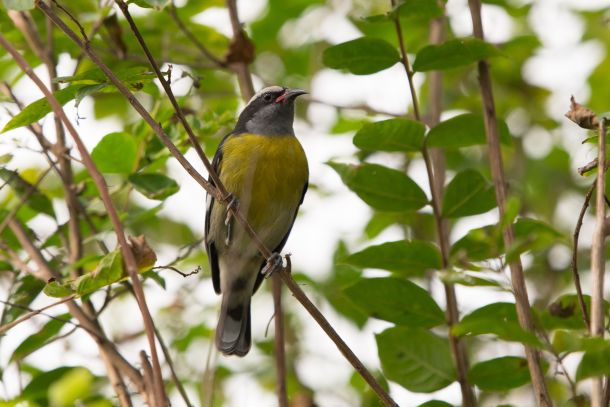 This year, a male bananaquit was shipped from the Bronx Zoo to the San Diego Zoo for breeding purposes. Photo: Julie Larsen Maher ©WCS.

Along with other zoos in North America, one of our facilities, Queens Zoo, has shipped thousands of tadpoles for reintroduction to Puerto Rico. To have helped in the return of the Critically Endangered Puerto Rican crested toads is one of my proudest and more joyous experiences working in the zoo community.

This year, as we celebrate Hispanic Heritage Month, I am ever mindful of the capacity of journeys taken by Hispanics all over the world. There are millions of their stories that could fill history books.  In the end, journeys done with thoughtful consideration can build new communities and more sustainable futures for human and animal populations alike.