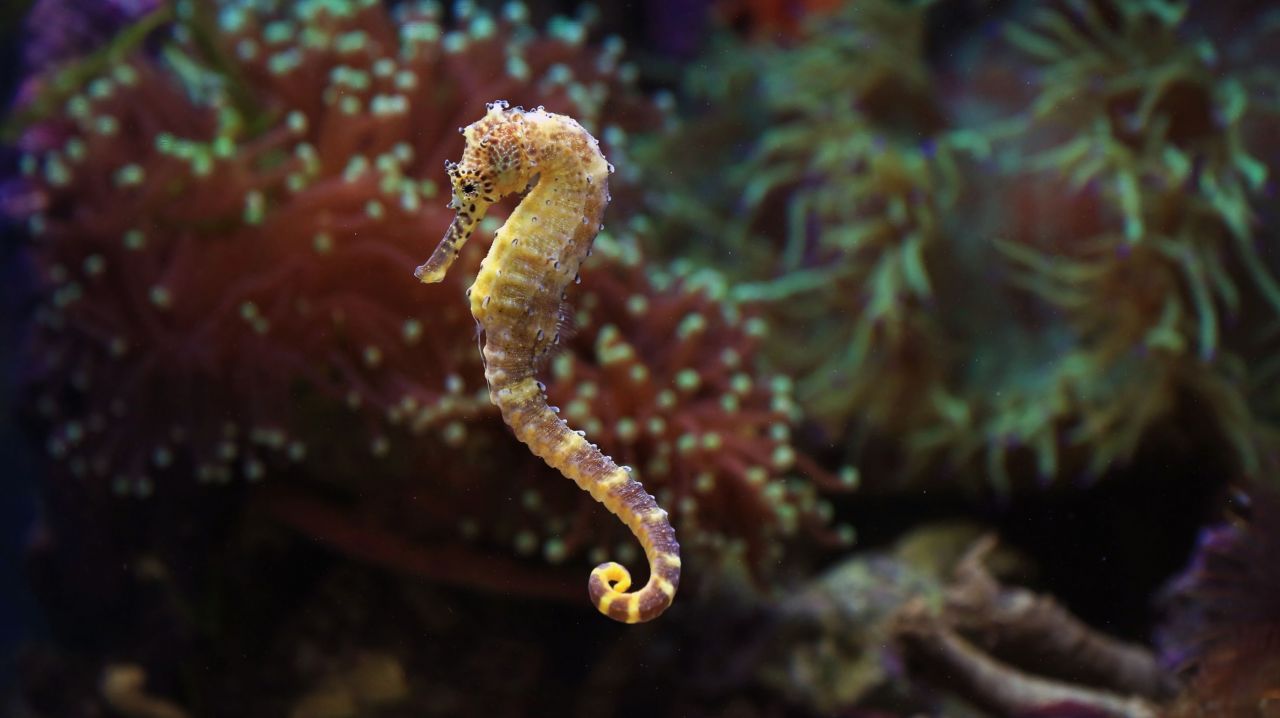 Seahorse: any of the species of small marine fish in the genus Hippocampus.

There are at least 47 different species of seahorses. However, this number is likely to change with further research. 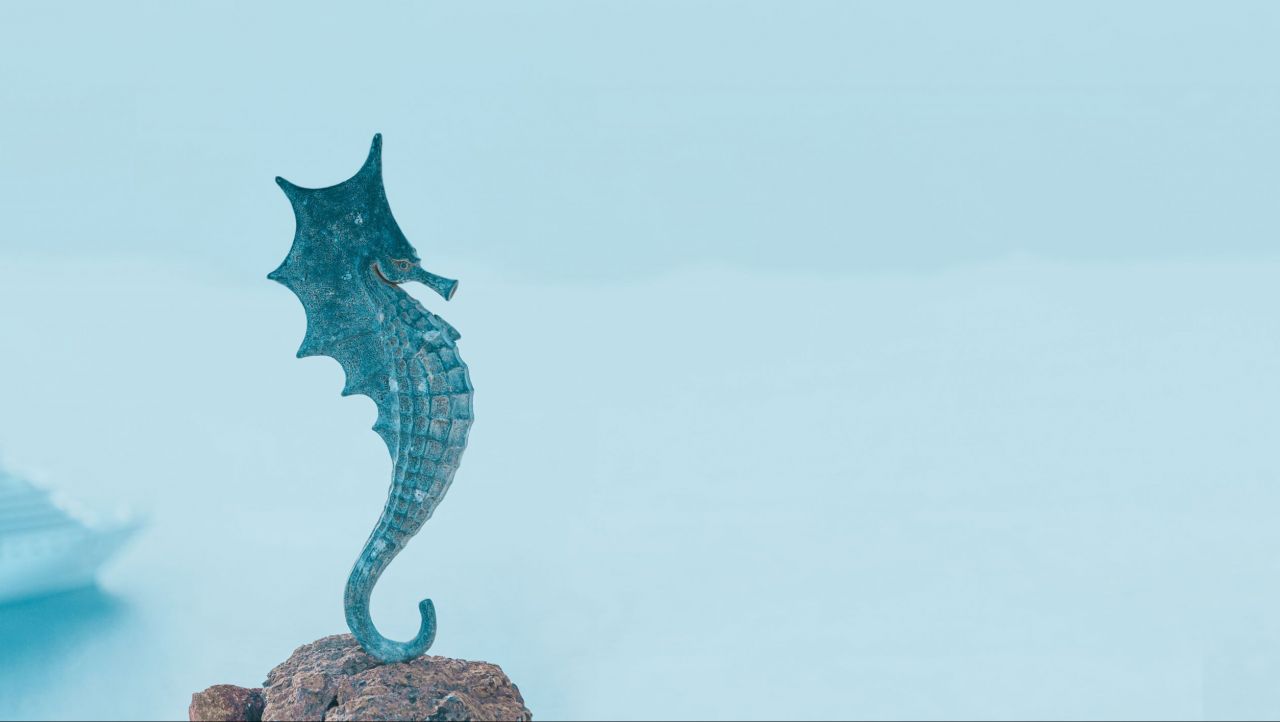 Seahorse sizes vary depending on the species. Their height ranges from the large Australian big-bellied seahorse, measuring about 11.8 inches or more in height, to a tiny pygmy seahorse, measuring less than an inch in height. Their weights vary depending on species, age and reproductive stage. A seahorse typically weighs between 7 ounces to 1 pound.

Seahorses have a distinct appearance that appears to be a fusion of multiple animals with a horse-like head, monkey-like tail, and kangaroo-like pouch. Only male seahorses have a brood pouch. Their eyes are like a chameleon in that they can move independently of each other and in all directions. Also like a chameleon, seahorses are masters of camouflage, able to change their color and growing skin filaments to blend in with their surroundings. They are also known to change colors during courtship displays and as a form of communication.

Unlike most fish species, seahorses do not have scales. They have an exoskeleton, made up of hard, bony plates that are fused together with a fleshy covering. The crown-like structure on the top of their head is called a coronet, which is a group of spines. They have pectoral fins on either side of the head to help with stability and steering when swimming. However, despite this, seahorses are poor swimmers. They rely on their dorsal fin beating at 30-70 times per second to propel it along. 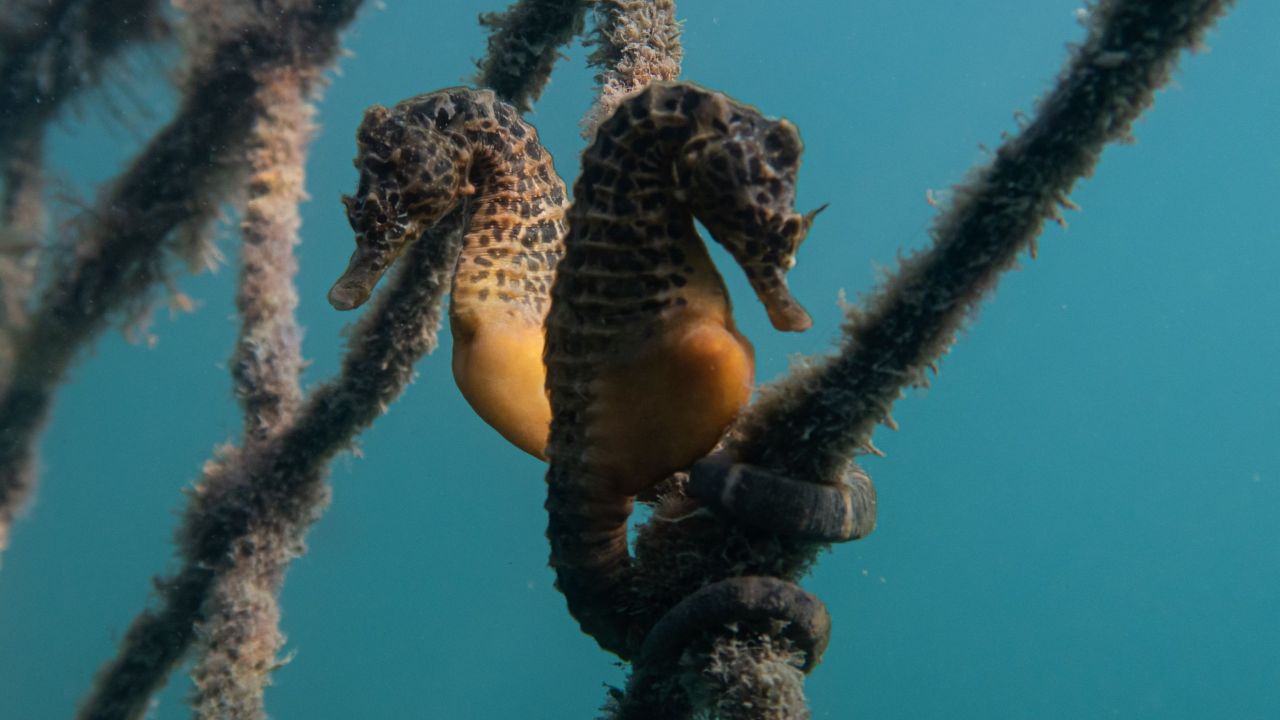 Seahorses mainly eat small crustaceans like amphipods and other invertebrates. Adult seahorses eat 30 to 50 times a day if available. They do not have a stomach or teeth, instead, they suck their prey in through a tubular snout, or a fused jaw, and pass it through an inefficient digestive system.

All seahorses are marine species. They are typically found in seagrass beds, mangrove roots, and coral reefs, in shallow temperate and tropical waters. Some species can also be found in estuaries, as they are able to tolerate wide ranges in salinity. In winter, some seahorse species move to deeper waters to escape the rough weather.

Most seahorse species live in the West Atlantic and the Indo-Pacific region. 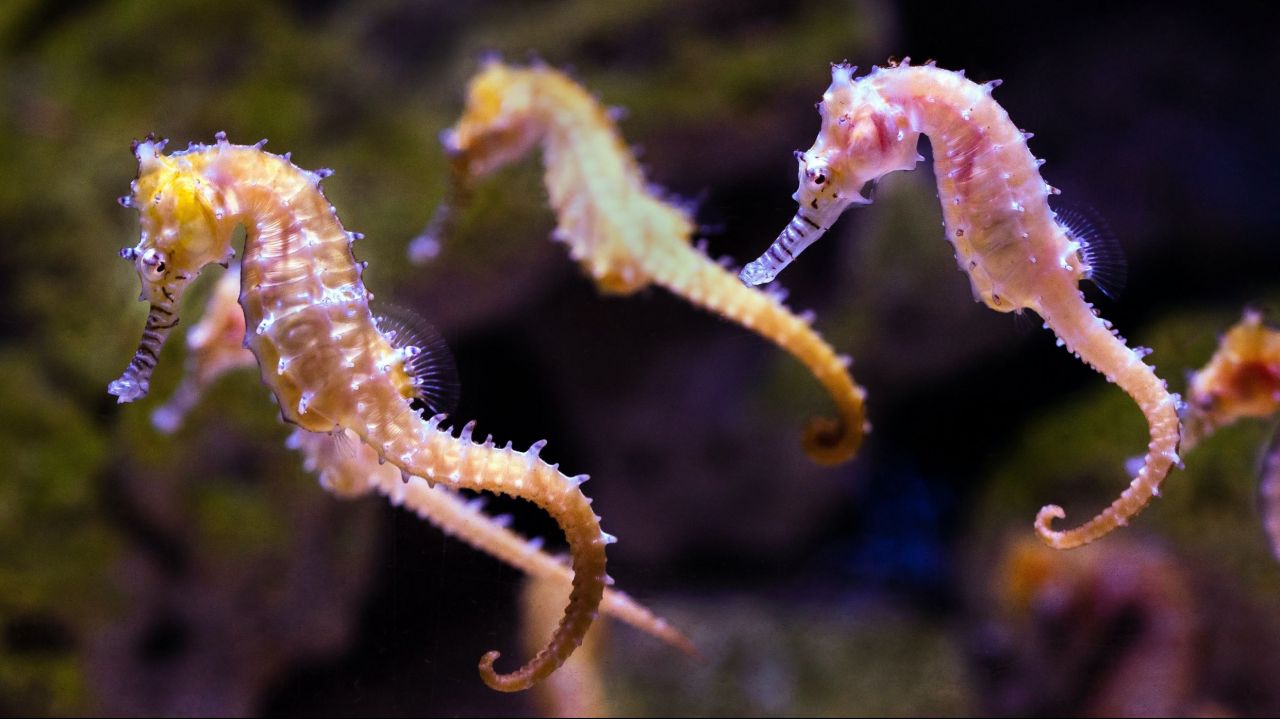 While it was long believed that seahorses mate for life, further research has shown that pair bonding is just for a few months at a time, or during the mating season. They reinforce their pair bonding with an elaborate courtship display, typically consisting of a color change. The female meets the male in his territory and as they approach each other, they change color. The male circles the female and the pair often spiral around an object. When the display is over, the female goes back to her territory.

When mating, the female transfers her eggs to the male, which he fertilizes in his pouch. The number of eggs can vary from 50 to 50 for smaller species to over 1,500 for larger species. In the male’s pouch, the eggs receive everything they need from oxygen to food. The gestation time varies from 14 days to 4 weeks. The birthing process can last up to 12 hours. 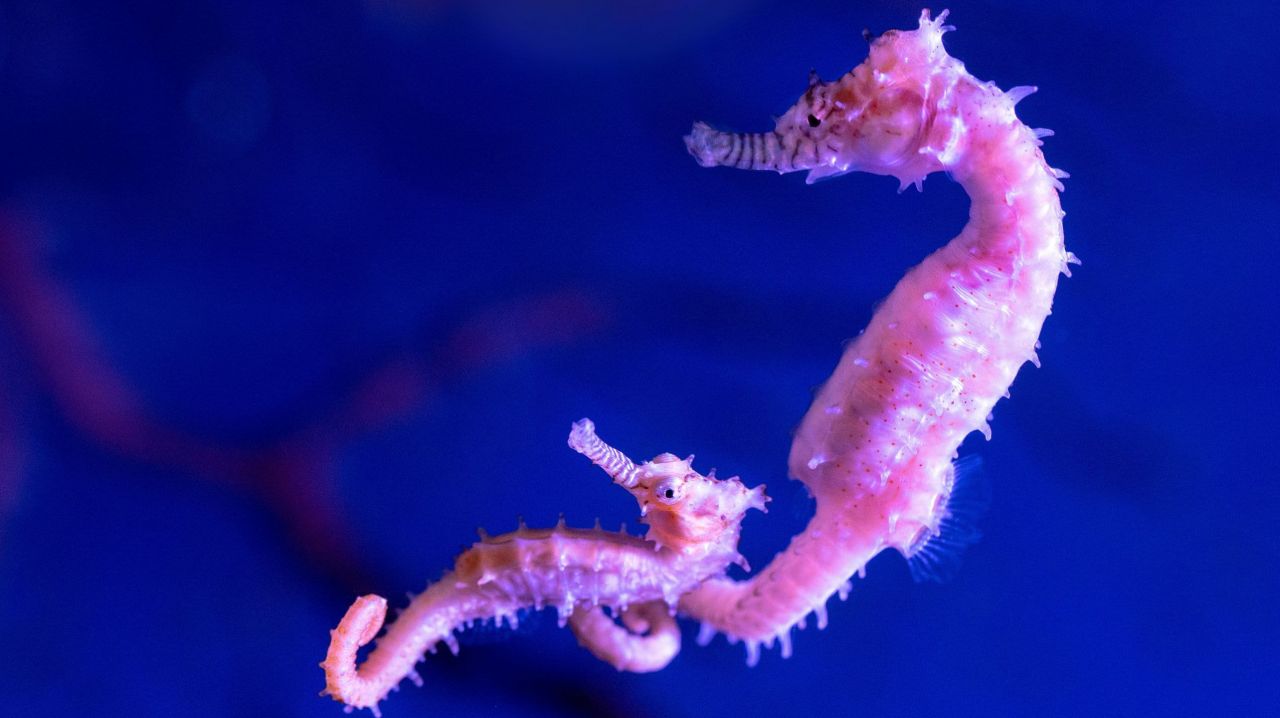 Like most fish species, seahorses do not nurture their young after birth. The infants are at risk of predators or ocean currents, which wash them away from feeding grounds or into temperatures too extreme for their delicate bodies. They have a survival rate of less than 0.5%.

Seahorses are largely solitary creatures, aside from mating. Most species form territories. While males stay within 10 square feet of habitat, females range over about one hundred times that. Their territories will often overlap.

The lifespans of wild seahorses are unknown due to a lack of data. In captivity, lifespans for seahorse species range from about one year in the smallest species to three to five years in the larger species. 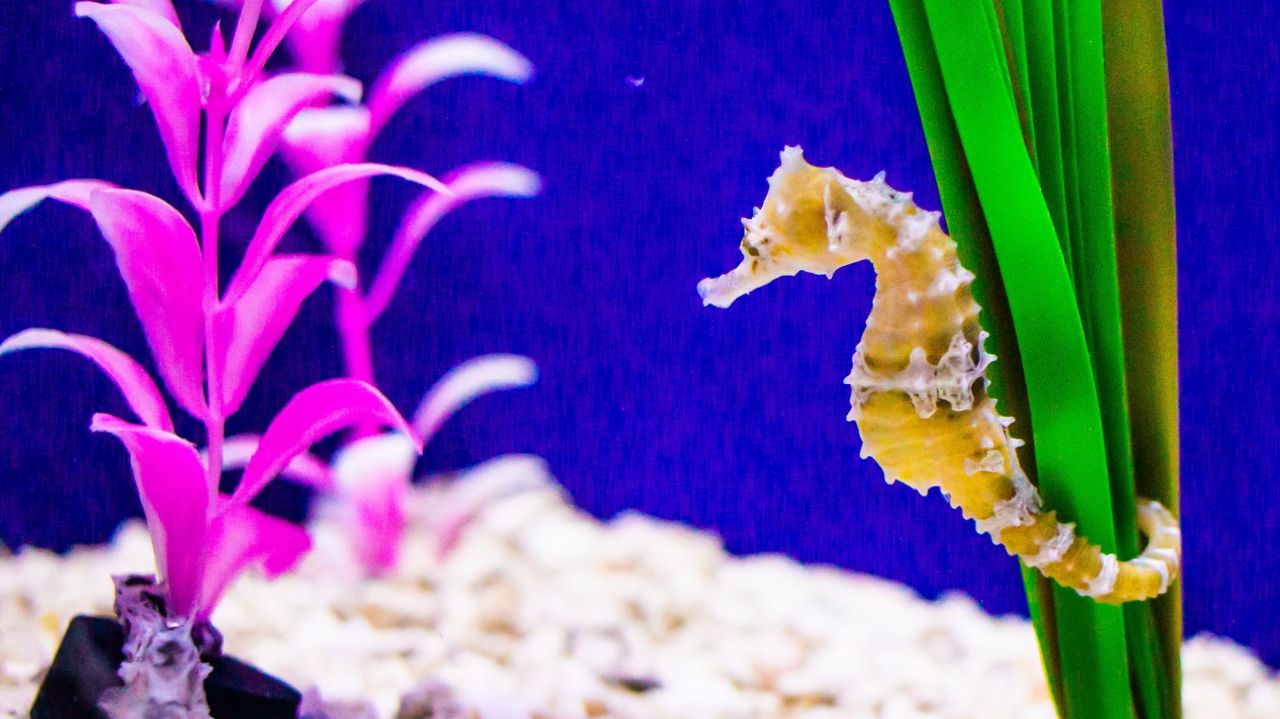 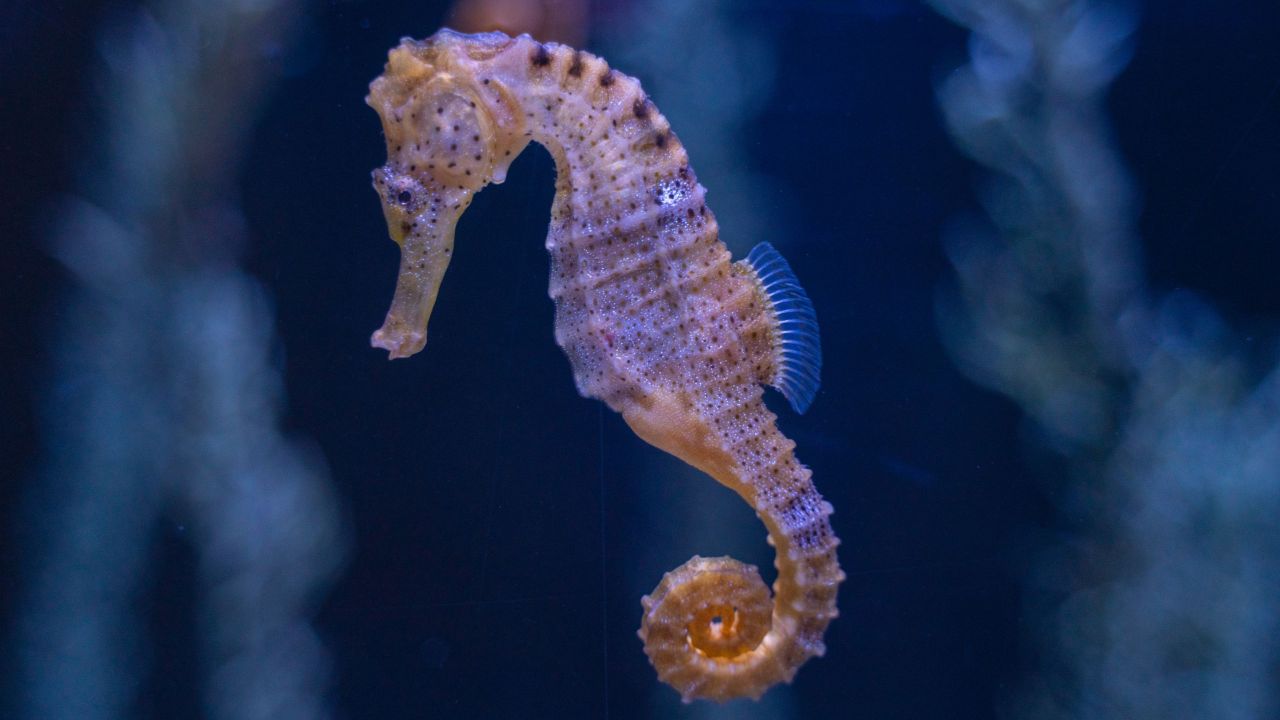 Numerous conservation groups, such as Project Seahorse and The Seahorse Trust, are working to protect seahorse species. Further research is needed to assess and protect these species.