Peacock (or peafowl): any of three species of birds of the pheasant family Phasianidae.

AKA: The male is a peacock, the female is a peahen and the babies are peachicks. All are peafowl.

There are three species of peafowl. The two most recognizable species are the blue, or Indian, peacock (Pavo cristatus) and the green, or Javanese, peacock (Pavo muticus). The Congo peacock (Afropavo congensis) was discovered in 1936. 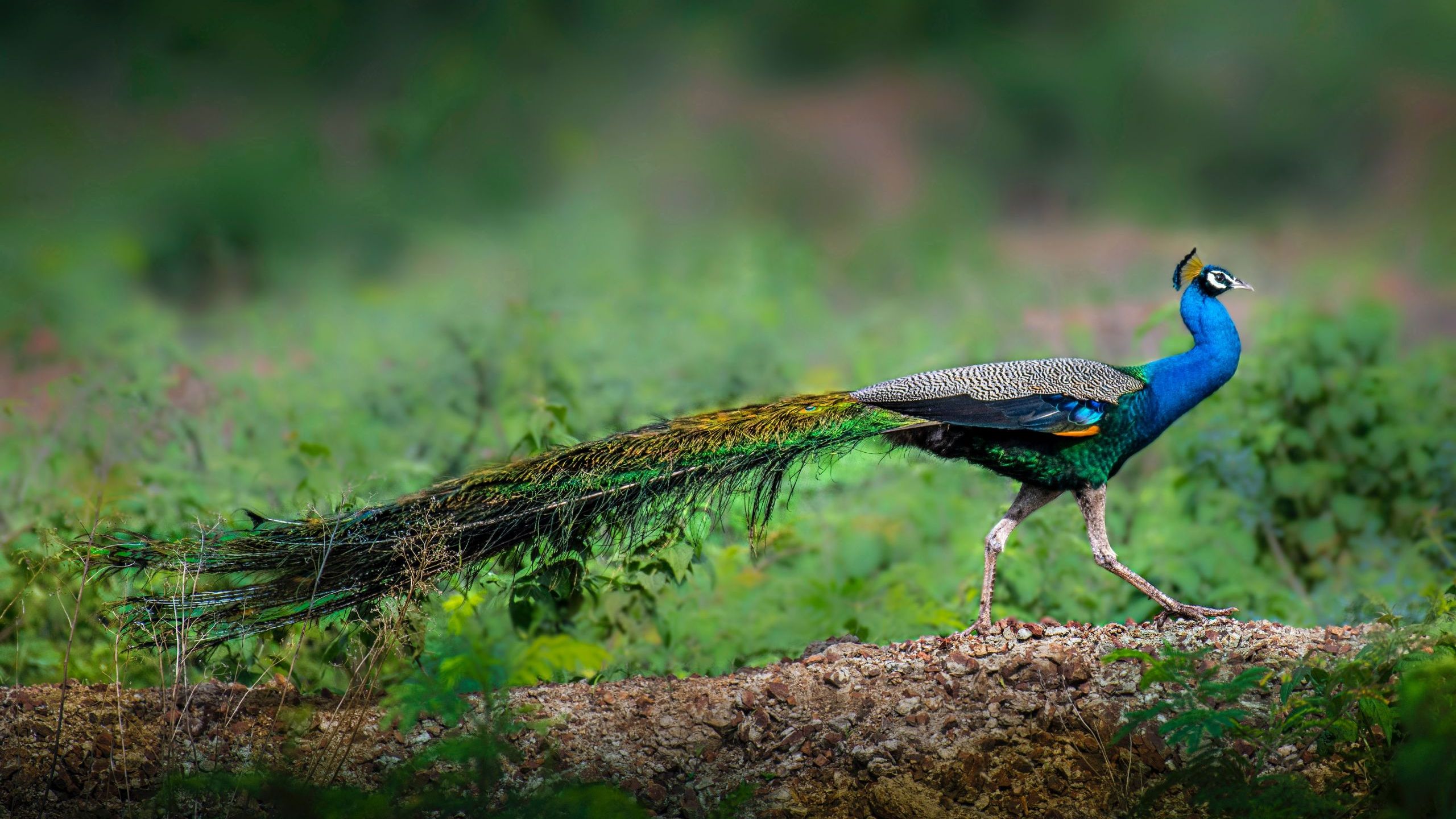 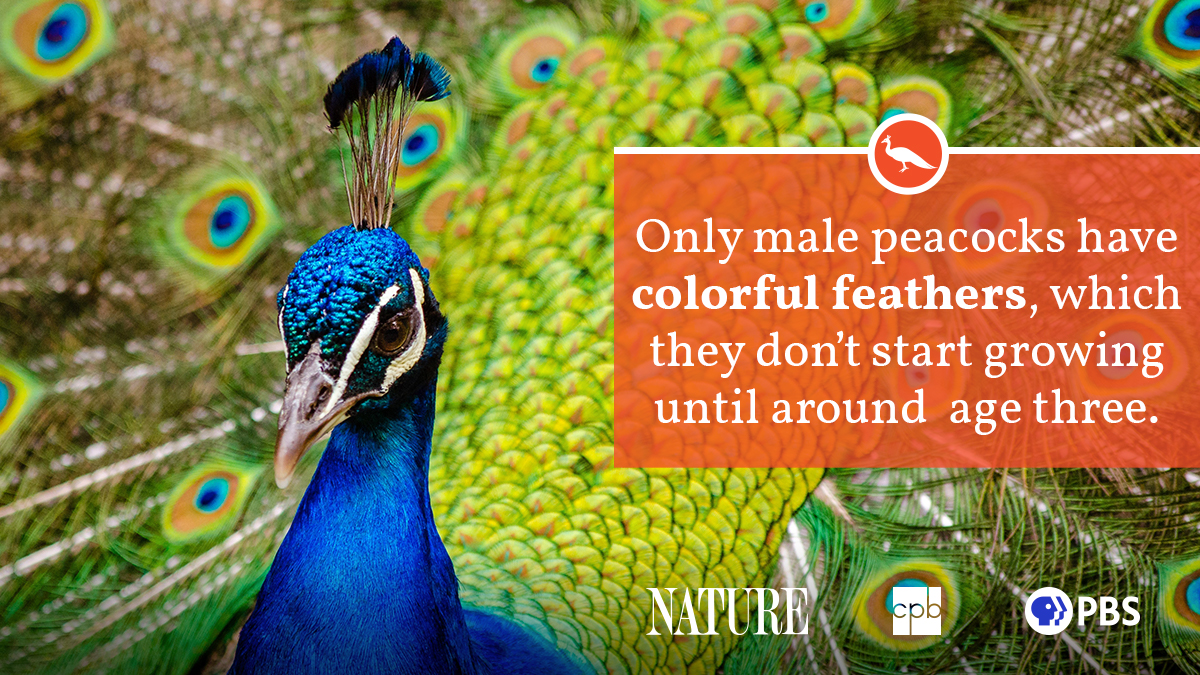 The peacock is well known for its bright feathers, which it often shows off in a magnificent courting display. A peafowl’s appearance varies slightly depending on the species. The Indian peacock has very flashy plumage, with a bright blue head and neck, which they use to attract a mate. Meanwhile, the Indian peahen is brown in comparison, which helps her to hide from predators when incubating her eggs. There are several genetic color mutations of Indian peafowl, including white.

The peacock’s back and belly have iridescent feathers in a scale pattern. Indian and Javanese peacocks are known for their long “train,” often thought of as a tail by many people. The train is covered in ocelli, which are round spots that look a lot like shining eyes.

The appearance of Congo peafowl is less impressive than the other two species. A Congo peacock’s feathers are deep blue with a metallic green and violet tinge. They have a black tail with fourteen tail feathers. The peahen is generally a chestnut brown bird with a black abdomen, metallic greenback, and a short chestnut brown crest. Both males and females resemble immature Asian peafowl. 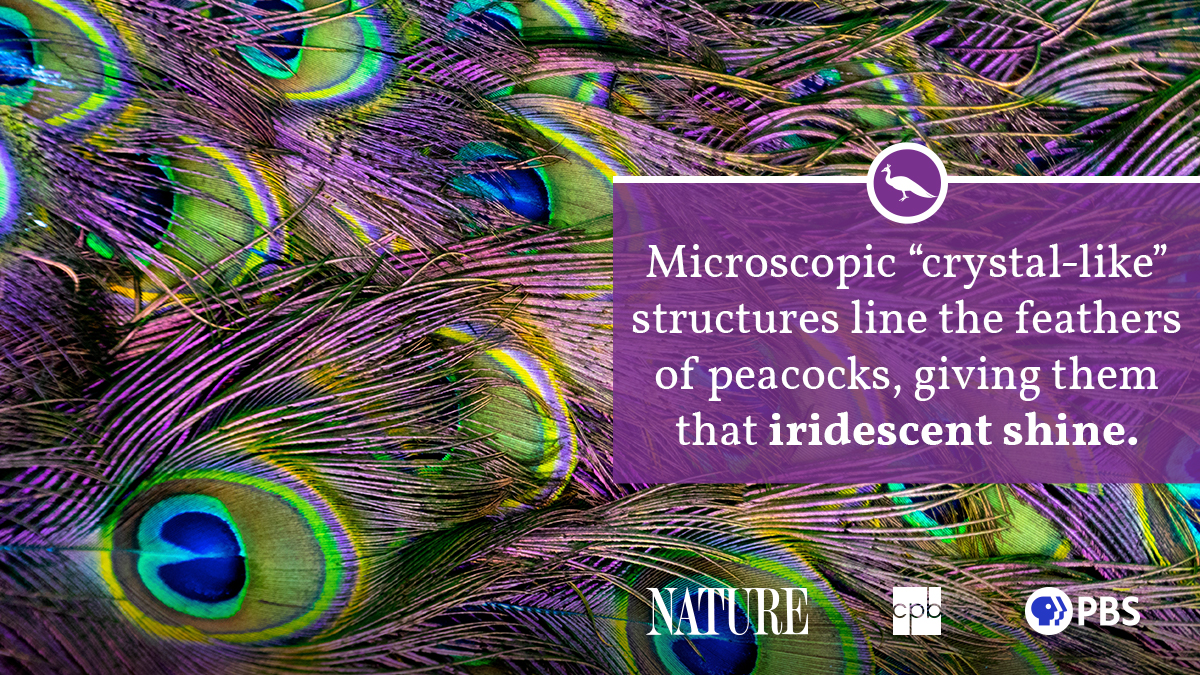 Peacocks are omnivores. They are ground-feeders that eat insects, plants, and small creatures.

Both the blue peacock and green peacock inhabit open lowland forests, as well as farms and agricultural fields. They can be found in both tropical and dry habitats. Even in their natural range, these birds roam in cities and parks in search of food. Meanwhile, the Congo peacock inhabits the forested interior of the Democratic Republic of the Congo. 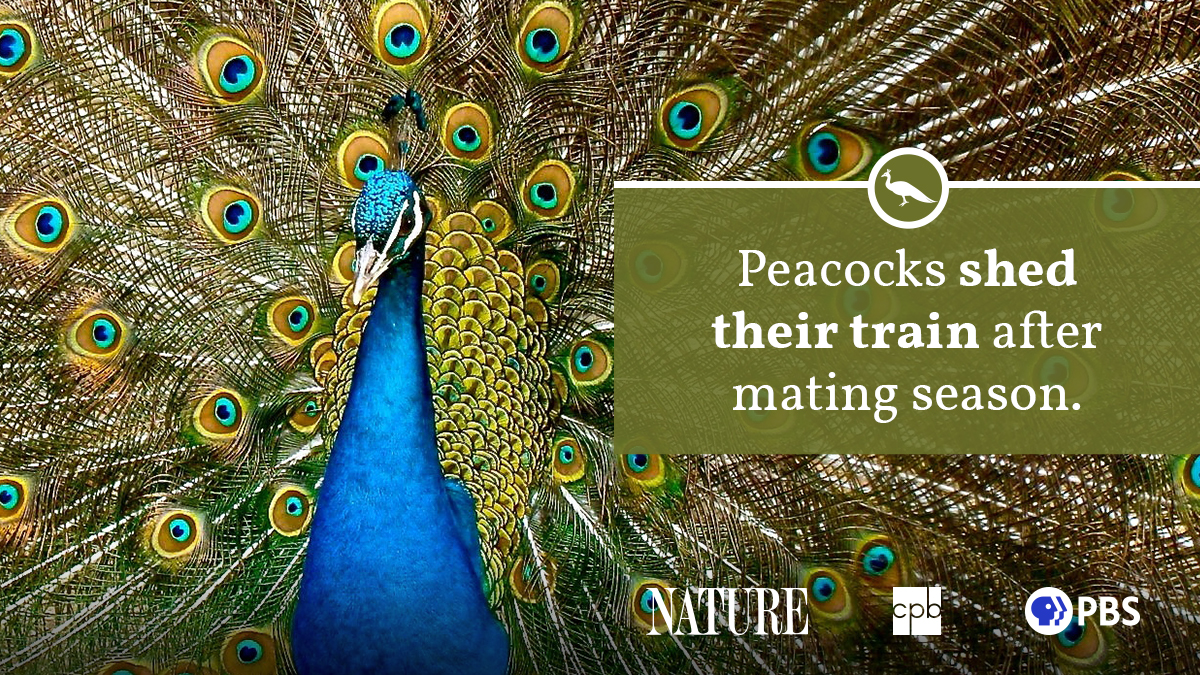 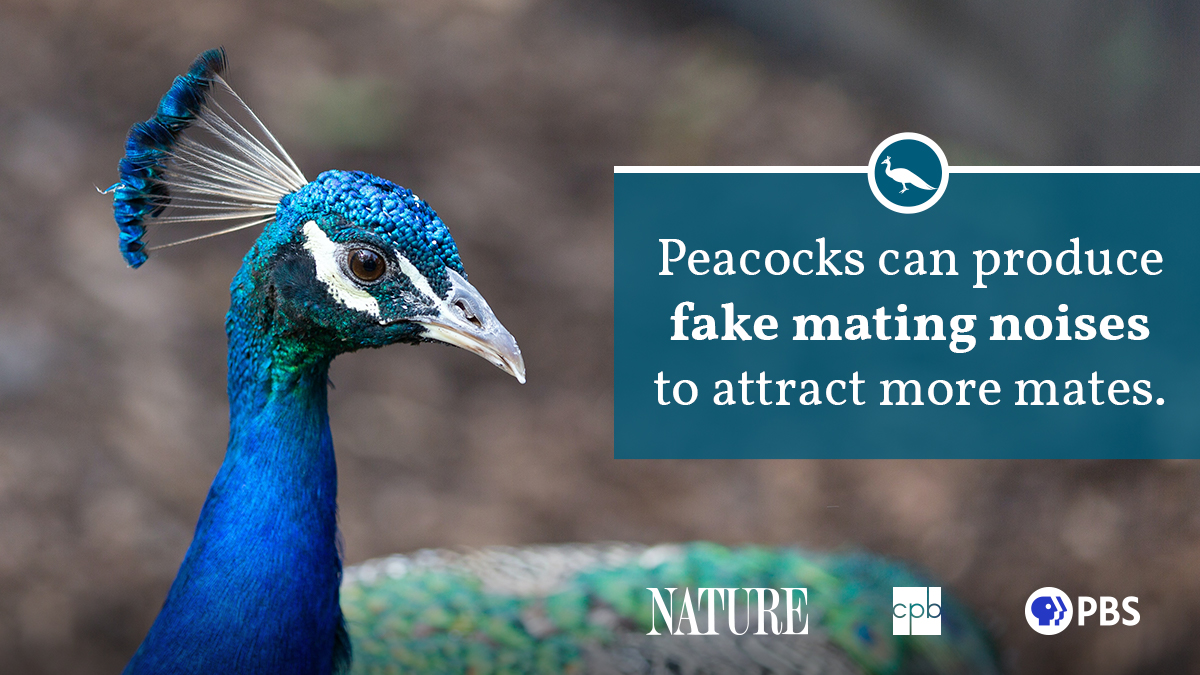 Breeding season starts with the monsoon rains. Peacocks are known for having one of the most spectacular mating displays. When a male wants to attract a female, he props up his train of feathers and unfolds it like a fan into a semi-circle that can measure around 6 to 7 feet wide. If the peahen seems interested, he quivers, making his feathers shimmy and flash to entice her further.

The peahen raises the chicks on her own. She creates a nest, where she lays three to eight light green or tan eggs. The incubation period is 28 to 30 days, and she will sit on the eggs almost constantly during this period. The peachicks are able to walk and forage on their own immediately after they hatch. Peachicks are very vulnerable and have a high mortality rate, with only two out of six chicks surviving to adulthood.

After two weeks, they can flap up into a tree for safety. At four weeks, the young grow crests, and at two months they look just like their mother but are only half her size. Males do not have their mature coloring until their second year 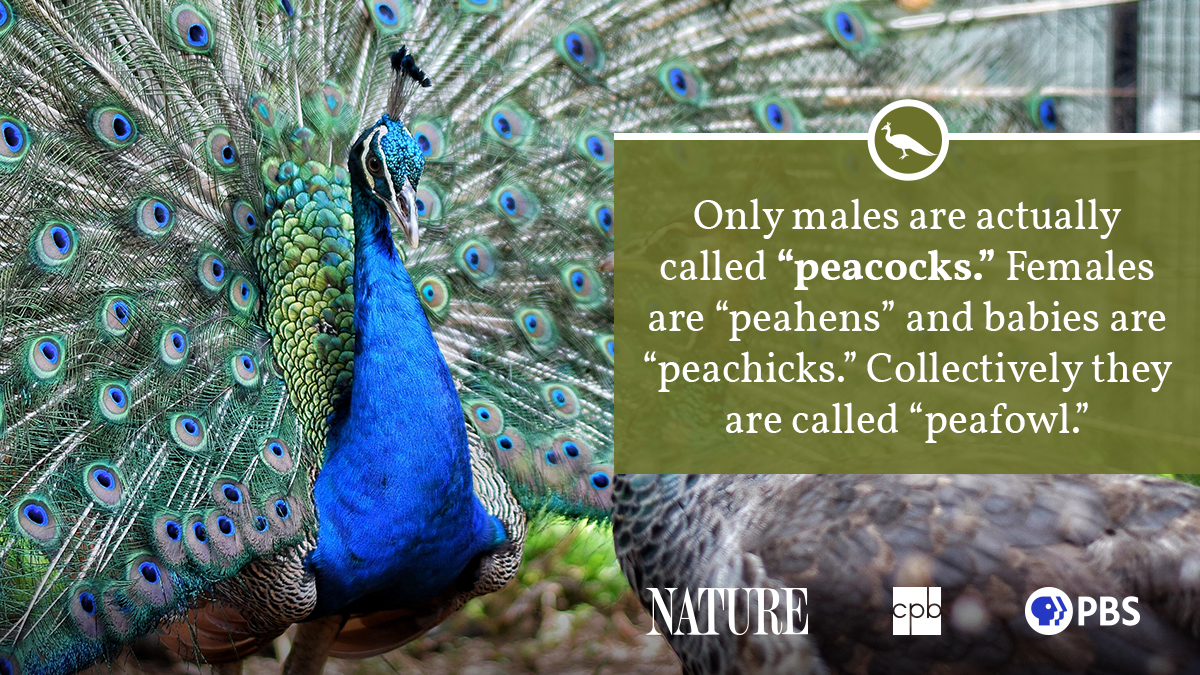 They take a break from foraging midday, where they drink, preen their feathers and rest in the shade. They go back to foraging for food once the temperature cools down before returning to their roost for the night. They roost overnight in large groups in tall, open trees. By roosting in large groups, they are safe from predators during the night, and the males can travel through the branches. 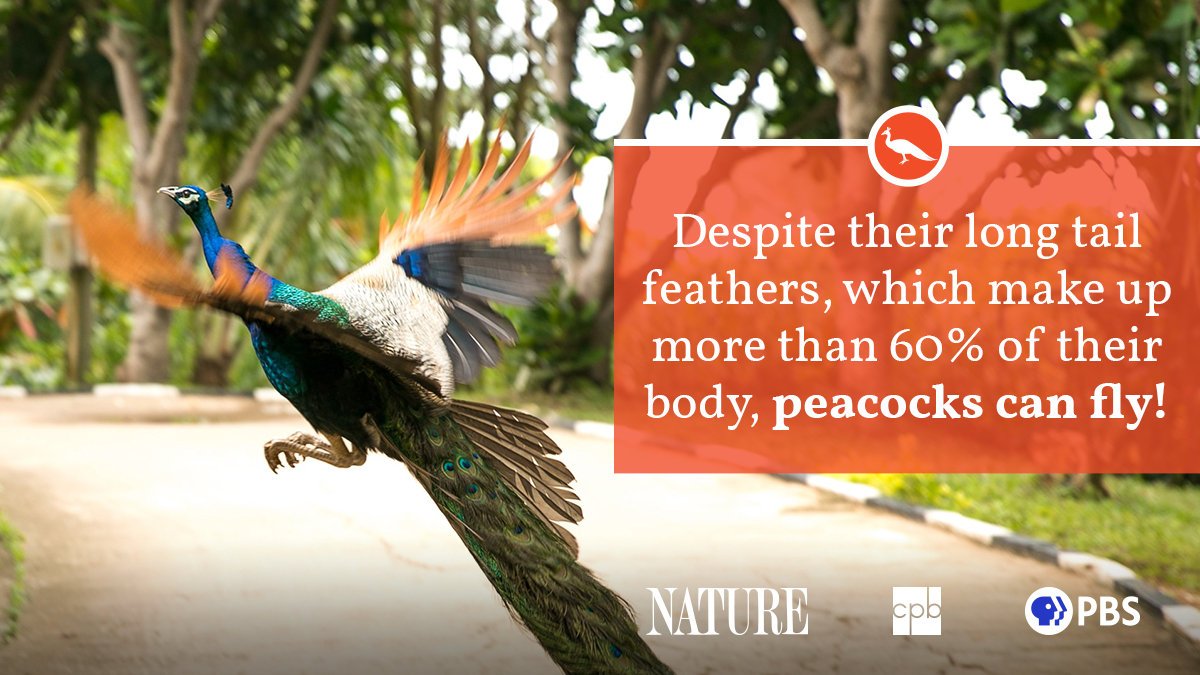 In the wild, peafowl live 10 to 25 years. Domesticated peafowl have been known to live as long as 40 to 50 years. 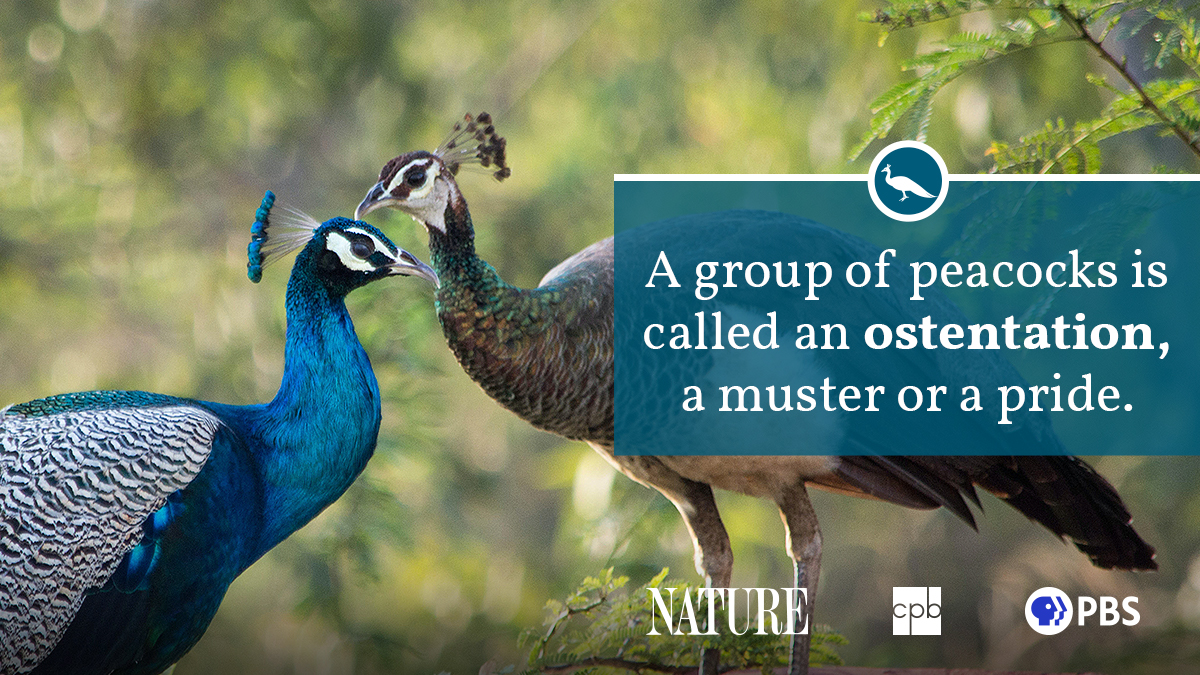 Green peafowl are protected by law in China, and there are public awareness campaigns underway to help these endangered birds.