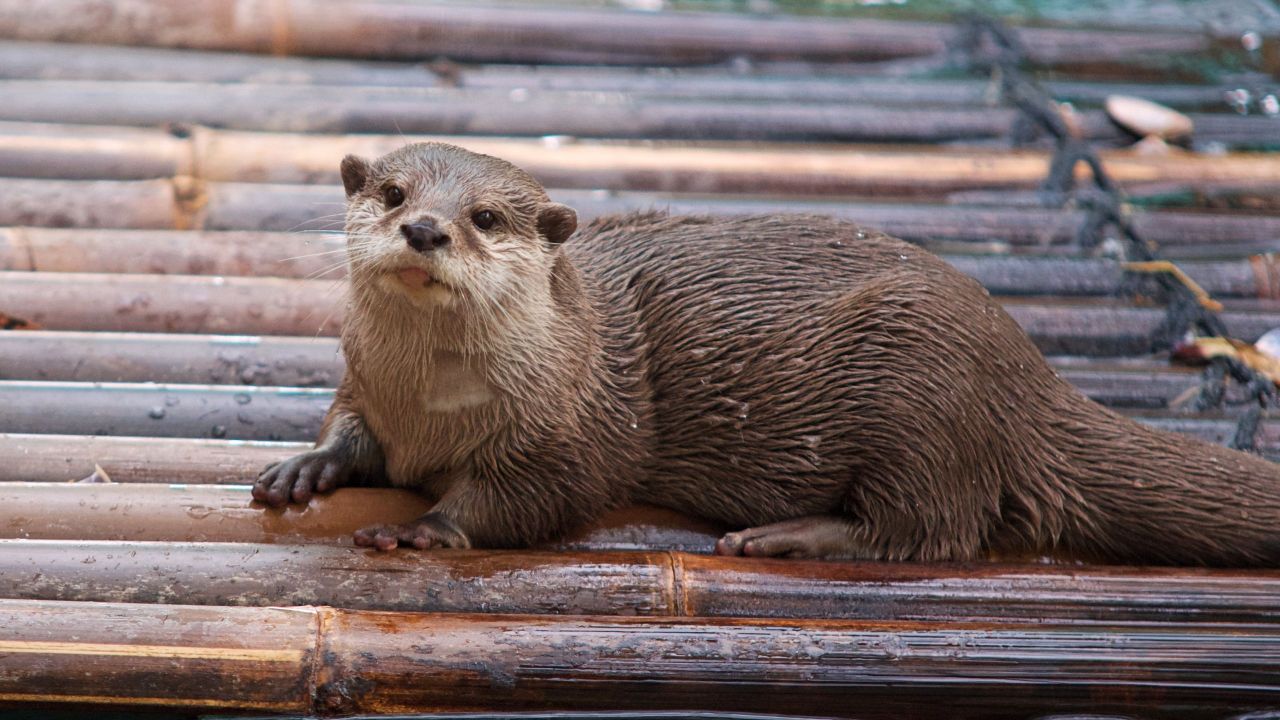 Photo by Third Idea on Unsplash

There are 13 otter species, ranging from the small-clawed otter to the giant otter. They are all of which are semiaquatic, aquatic or marine. Otters are the only member of the weasel family that are serious swimmers. They can be found on every continent except Antarctica and Australia. 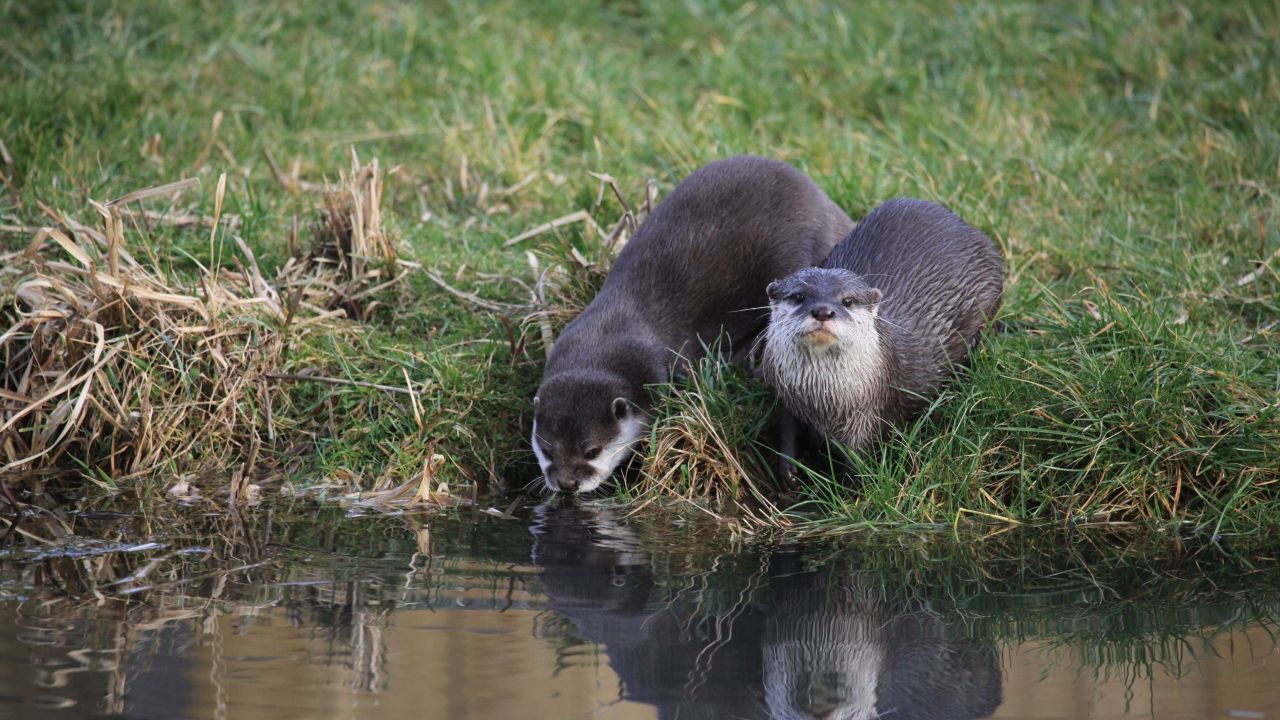 Photo by Kieren Ridley from Pexels.

Their size and weight vary depending on the species. The longest species, the giant otter (Pteronura brasiliensis) is 4.9 to 5.9 feet long, while the smallest, the Asian small-clawed otter (Amblonyx cinereus), is up to 2.9 feet long. The sea otter (Enhyrda lutri) is the heaviest species with males weighing up to 90 pounds. The Asian small-clawed otter is the lightest, weighing up to 11 pounds.

Most otters spend the majority of their time in the water and are adapted to it. They have long, streamlined bodies that make them great divers and swimmers. They have short limbs with webbed feet. Their tails are long and slightly flattened and move sideways to propel them through the water, while their back feet act like rudders to steer. Otters have a rounded nose with whiskers that detect the water current changes, as well as prey and predators.

When otters swim underwater, they can close off their ears and nose. Depending on the species, otters can stay underwater for five to eight minutes. When they swim, their heart rate slows, and they use less oxygen.

Otters have two layers of fur: a dense undercoat that traps air and a topcoat of long, waterproof guard hairs. Their coloring ranges, but in general, otters are various shades of brown with a darker dorsal (back) surface and a much lighter ventral (underside) surface. Otters spend a lot of time grooming to protect their fur because if it gets damaged, it can affect their ability to hunt for food and stay warm.

Otters are carnivores that eat mainly fish and invertebrates. Their diet depends on species and habitat. River otters eat mostly fish, frogs, crayfish, crabs, and mollusks, with an occasional small mammal or bird. Sea otters have a similar diet, but mostly consume sea urchins, abalone, crabs, fish, octopuses, mussels, and clams. Sea otters are experts at opening shellfish. Sea otters crack open shellfish with rocks they hold on their stomach, making them the only otter that uses rocks as tools.

Otters can be found in a range of habitats. The only habitats otters do not live in are deserts, polar regions and mountains. Their typical habitat includes both water and land, with the exception of the sea otter, which rarely comes ashore. They often live in dens made by other animals like otters. 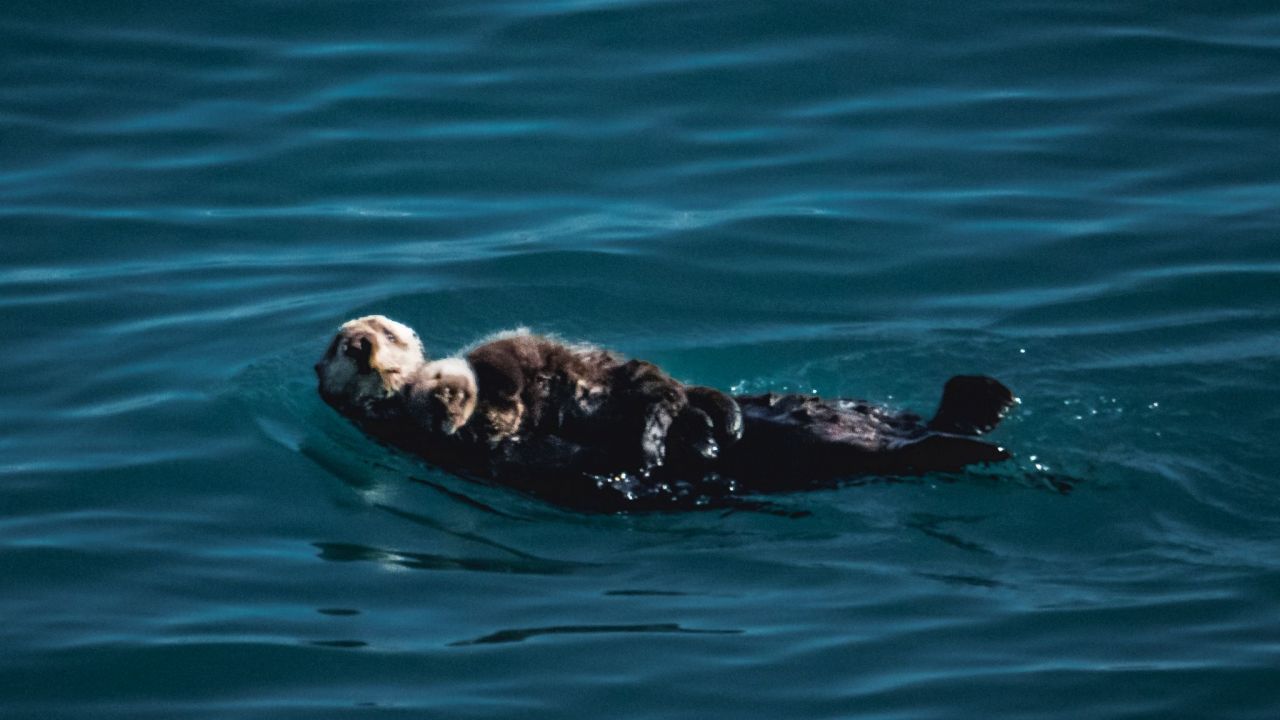 Photo by 丁亦然 on Unsplash

Otters are found on every continent except Australia and Antarctica. The Eurasian otter is the most widely distributed otter species, found throughout Europe, North Africa, and Asia to Japan and Indonesia.

Female otters will give birth to one to five young, typically two young, after a gestation period of two months for smaller species and five months for the larger species. The mother typically gives birth to her young in a den. At birth, the young are born pink and helpless with their eyes closed. The newborns weigh 4.5 ounces for the smaller species and up to 5 pounds for the larger species like sea otters. After their birth, the mother will often chase the father away. Only in some species will the father return to help raise the young, called pups.

After about a month, the pups will open their eyes and start to explore the den, and at about two months, the pups will learn to swim. They with their mother and siblings until they are about one year old, when they head off on their own. Otters reach maturity at 2 to 5 years old depending on the species.

The breeding process of sea otters is different due to their ocean habitat. These pups are born with their eyes open and a coat of fur that helps them float in the ocean. The mother will carry her young on her stomach until they are old enough to swim on their own, typically when they are two months olds. She will also wrap her young in seaweed to protect her young.

Otters are social animals. Most otters live in groups that are made up of a mother, her older offspring and her newest pups. Meanwhile, the males spend most of their time alone or with a few other males. Larger groups of otters may form during breeding season or where there’s lots of food available.

The median life expectancy is 11.7 years. 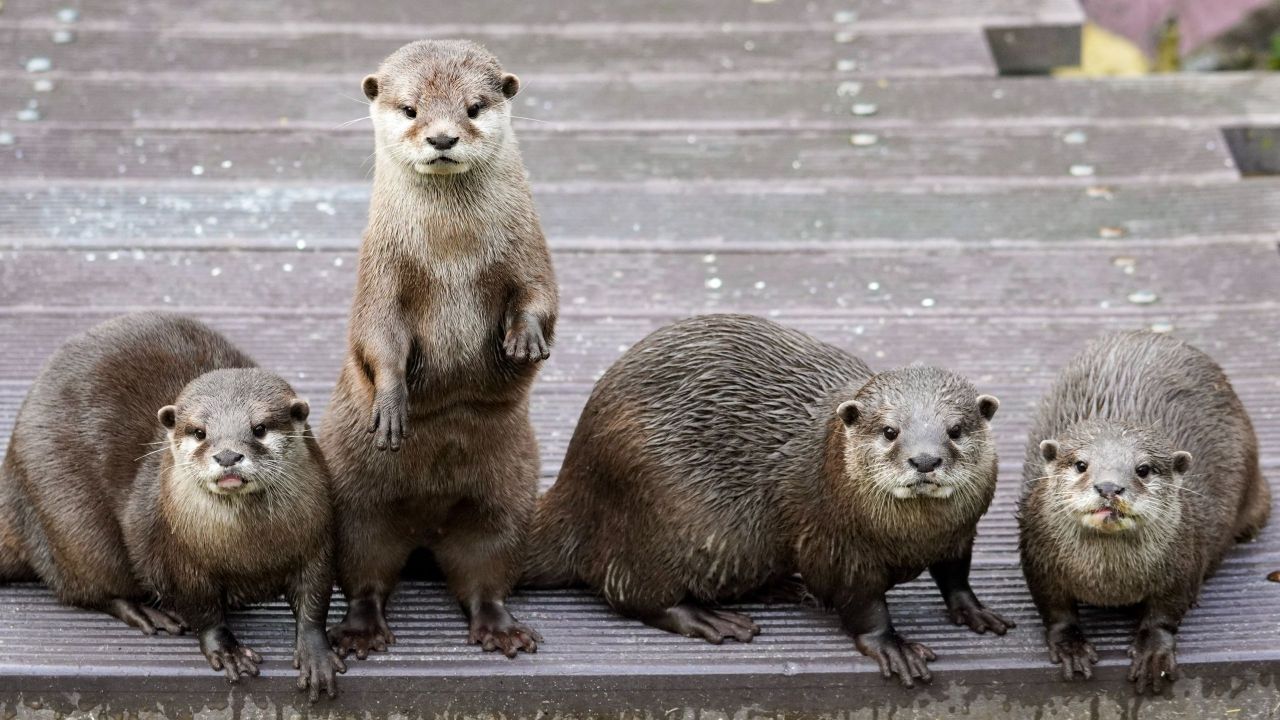 Photo by Silvia Heider from Pexels.

Otters have several natural predators depending on their habitat. For example, sea otters are prey for sharks, sea lions, and whales. Meanwhile, the pups of giant otters are vulnerable to large cats, anacondas, and caimans.

Otters also have several other threats depending on their habitat. For example, river otters are threatened by river pollution, habitat destruction, and fishing-related threats like getting caught in fishing gear. California sea otters were hunted to near extinction a century ago because of their fur. They have since made a recovery, but pollutants in the waters around California may be having a negative impact on the species, as well as the impacts of commercial fishing.

Sea otters are protected by several legal protections, including the Endangered Species Act of 1973, the International Fur Seal Treaty, and the Marine Mammal Protection Act of 1972. A few species of otters, including the North American river otters, Eurasian otters, and sea otters, have been reintroduced into historical habitats, in an attempt to repopulate them. These reintroduction efforts have had some success. Conservation groups also working to protect otters through research, education and awareness.