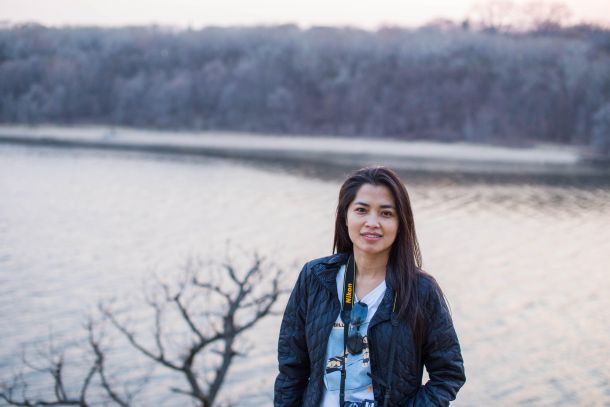 Joob at the University of Minnesota, USA in 2015 while completing her Ph.D. Photo credit: ©Pornkamol Jornburom

For the Wildlife Conservation Society’s Thailand program, I lead the planning and implementation of all activities intended to counter wildlife trafficking (CWT).  At the same time, I organize workshops, trainings and other events with government agencies and civilian law enforcement officers to investigate and prevent wildlife poaching and trafficking in Thailand.

My career in conservation has been an exciting journey so far. After earning a bachelor’s degree in wildlife from the Faculty of Forestry at Kasetsart University in Thailand, I became a member of the Western Forest Complex (WEFCOM) Ecosystem Management Project, a government project team under the Thai government’s Royal Forestry Department.

The WEFCOM encompasses 17 protected areas and numerous threatened wildlife species, including tigers and their main prey (gaur, banteng, sambar deer, wild pig, and red muntjac)—all of which are found within the WEFCOM. For the Ecosystem Management Project, I participated in a wide range of activities that expanded my understanding of, and expertise in, conservation. Those activities included wildlife surveys, ranger training, awareness campaigns, and community relationships. 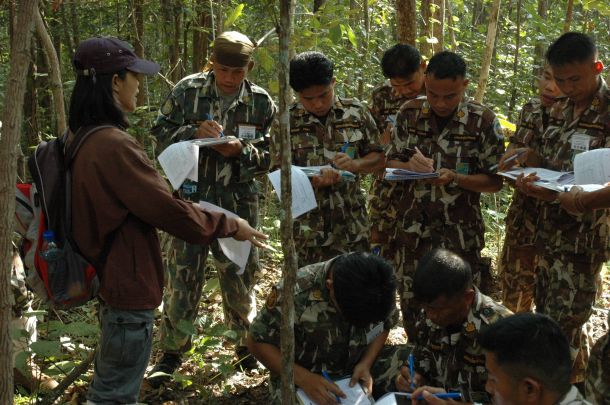 My next position, working on a famous Thai hornbill project, motivated me to pursue a master’s degree with a focus on hornbills. My two years of work experience with the hornbill project gave me the opportunity to learn how a single group of species can inspire the conservation movement in Thailand. My participation in the project led to the idea of conducting intensive and regular population monitoring of hornbills and other key species in their key landscapes.

I have been so privileged to have had a major part in teaching officers, park rangers, and wildlife conservationists to use science to improve the protection of wildlife areas. I have also been chosen to lead international workshops on the SMART Patrolling system, which combines anti-poaching patrols with monitoring of tigers and large mammals. 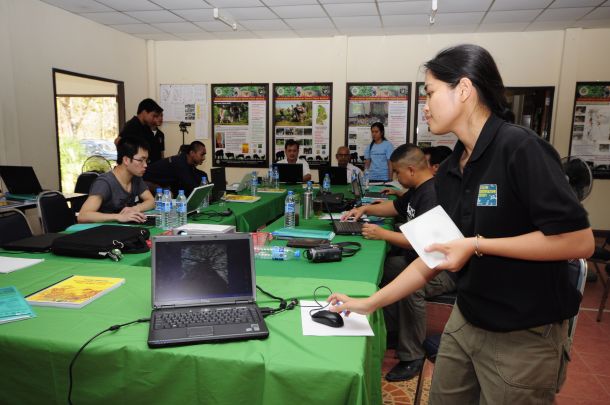 Joob teaching officers from India and China about a patrolling system and the SMART database at Huai Kha Khaeng Wildlife Sanctuary in 2009. Photo credit: ©WCS Thailand

At the same time, I’ve helped lead tiger conservation trainings for staff from 13 tiger range countries. I have been asked to speak to public groups, academics, and policymakers but I must say my best times have been had in remote areas conducting first-hand research. I received my doctorate in Conservation Biology at the University of Minnesota (advised by Dr. J. L. David Smith) based on research I conducted on tigers and their prey, protection, and management at the landscape scale in WEFCOM.

Developing an international perspective has been very important to my growth as a conservation scientist. I am particularly interested in verifying the current status and potential for the recovery of tigers using occupancy surveys or the proportions of habitats occupied by tigers to predict the human activities and ecological factors that influence the density of tigers and their distribution in the WEFCOM. 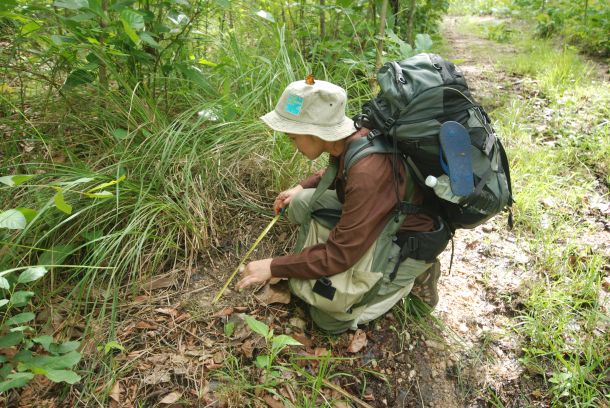 As part of my Ph.D. research, I proposed to investigate and improve a patrol-based law enforcement system that could become a standard method for assessing wildlife status at the landscape scale across the WEFCOM and elsewhere in Thailand. My career plan is to expand my knowledge on tiger conservation more broadly to further contribute to their conservation management.

Because WCS has a range of roles in environmental law enforcement—including acting as policy advisors and researchers—I am working with the WCS Thailand Program as its Conservation Program Manager. That role enables me to participate in all the segments related to our Counter Wildlife Trafficking (CWT) work aimed at ensuring that wildlife laws are properly enforced.

The other part of my job, based on my outdoor experience, is to help university students develop an awareness of (and an interest in conserving) tigers and other wildlife species. We take them out into the field, where tiger monitoring and direct contact with nature help them develop positive attitudes toward wildlife and wild places. 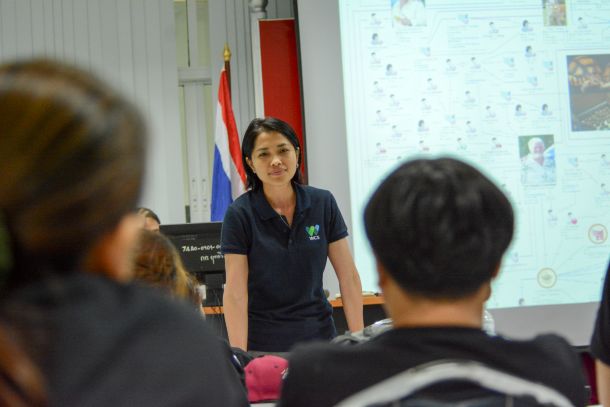 Joob teaching officers from the Department of National Parks Wildlife and Plant Conservation how to use a database to analyze illegal wildlife trafficking networks in 2017. Photo credit: ©WCS Thailand

Working with WCS for more than 10 years has provided me with a strong grounding in conservation and science. During Women’s History Month I think about the women who have served as role models in earlier generations. Becoming a scientific researcher is a difficult path,  and I admire the many women scientists who have been doing phenomenal work and inspire me to take on tougher challenges.

I am proud to say that I am one of only a few women doing this important conservation work in Thailand. I am hopeful that by my own example, I am inspiring and encouraging other young women in my country and elsewhere to pursue a career in conservation.

The post One Woman’s Quest to Counter Wildlife Trafficking in Thailand appeared first on Nature.