This piece comes to us from the Wildlife Conservation Society (WCS). To honor Asian and Pacific Islander Heritage Month, WCS and Nature are sharing stories of nature and conservation. 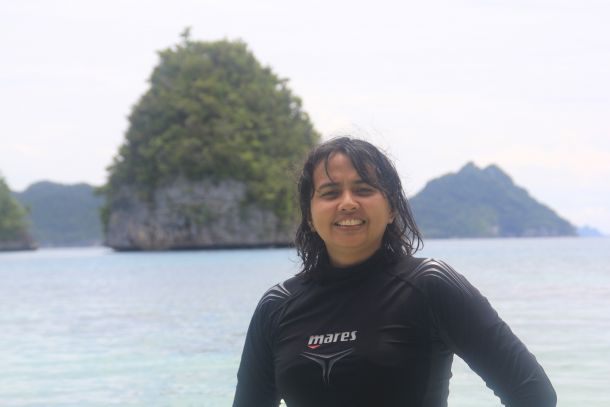 Lately, we’ve been entertained by various superheroes, fantasy characters, and stories from the world’s famous film production companies. I must admit that I am one of those moviegoers who loves to watch and follow these stories and characters, and I always try to catch the messages the movies try to convey through many important moments or scenes in a character’s life.

The recent movie that captured my interest and inspired this essay is Doctor Strange. I can relate to the idea that we all have a special power or ability that can help to protect the world we live in. One similarity of our lives to these movies is that each of us is the lead character in our own story, which has its unique charms, and even better, we alone can define our story and can make it interesting (well, at least for ourselves).

I’ve sometimes wondered what message one would take away from my own story. With that thought in mind, let me trace a movie plot.

First, a little information about the character: My name is Anisa Budiayu and I am an environmental practitioner who works in organizations that support marine and coastal management in my country. In fact, I hope that my work can contribute not only to my country but to other countries grappling with similar conditions or problems.

I live in an archipelagic country called Indonesia, which has around 17,000 islands. The islands are widespread in an equatorial area crossing three different time zones. The distance from the west part to the east part of Indonesia surpasses the distance between the west and east coasts of the United States. These islands are home to 277 million people, making Indonesia the fourth largest country by population in the world. 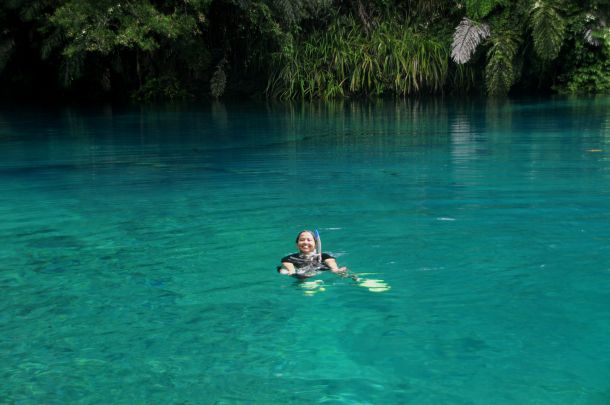 Born in the capital city of Jakarta, I grew up as a city girl whose favorite hobby was swimming. Looking back, I might say that this passion was a key reason why I became interested in the sea and chose the path that I have followed as an adult.

It started from a moment when I saw one of the “Jaws” series movies when I was still a little girl. That movie made me terrified to think that there was such a dangerous creature in the sea. At that time, it concerned me because I might never be able to swim in the ocean. To overcome this fear, I started to search for all information about sharks that I could find, mostly from books and encyclopedias.

I learned that there are a lot of shark species. Some of them are meat or fish eaters and many of them are not. I discovered that the meat-eating sharks were not at all terrifying, as they were described in the movie.

In my high school, I was lucky to have a teacher who introduced us to sea animals I never knew even existed. He also took a few of us on a trip to an island near Jakarta and showed us many more sea animals and coastal plants, which fascinated me and increased my interest to learn more about the sea. This interest later became one of my big reasons to choose marine science as a major when I went to university—a decision that led to my professional career.

In university. I studied to become a marine biologist. This course of study allowed me to see the importance of our natural ecosystems and realize that people depend on ecosystem services that provide coastal protection, clean air, water, food, and much more to maintain our health and wellbeing.

After completing my studies, a question nagged at me: How can I contribute to maintaining the good quality of these ecosystems? This question led me to invest time learning more about the people who depended on these ecosystems and how we can manage marine and coastal ecosystems for their benefit. 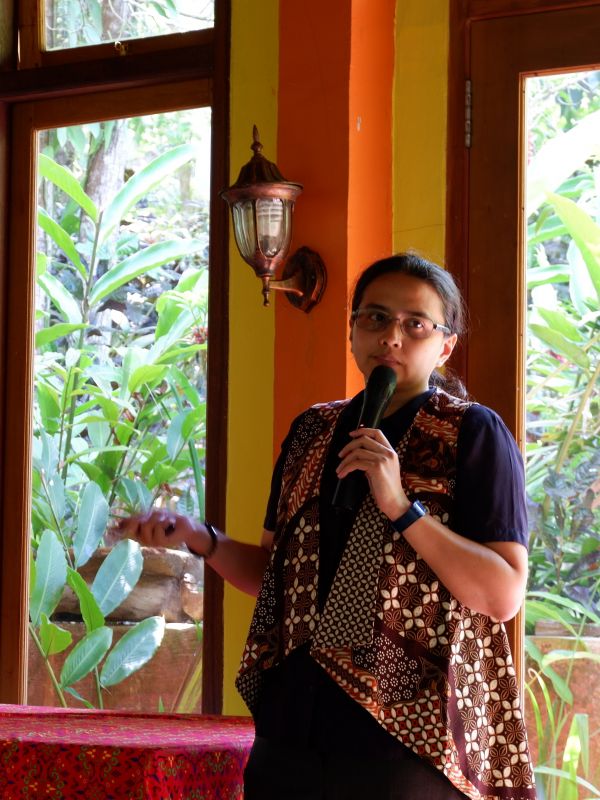 However, I also learned that to protect these conservation areas, we must work with people from the government, local communities, the private sector, and others. Because we are all dependent on natural ecosystems and biodiversity, we must collaborate with all of these groups to protect marine resources and be responsible if we have to use them for development or other purposes.

I’ve always believed that everyone has stories to tell, especially about the important moments that helped them get to where they are or find their calling in life. Therefore, I hope that this short essay of mine can spark ideas and inspire others to become the Doctor Strange of their own story and have the courage to share it.

The post Now Playing: “Finding My Way to Conservation in Indonesia” appeared first on Nature.