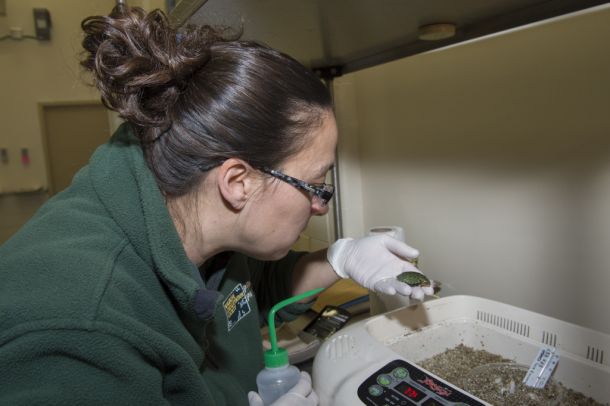 I started out as a volunteer with the Bronx Zoo Mammal Dept in 1997 and was hired as a wild animal keeper within that same year. Early on, I came to realize how much we still needed to learn. For example, I discovered that life-history traits were documented as “data deficient” for the silvered leaf monkey, a species that I worked with at the Bronx Zoo’s JungleWorld habitat.

The “data deficient” label means that information on this species’ reproduction, infant care, longevity, and so forth was not documented both for zoos and wild populations. There was still so much to know and discover and I became excited about that and so many other challenges and opportunities I would face in this career.

Dr. Colleen McCann, an Assistant Curator at the time (now Curator of the Mammal Department at the Bronx Zoo), encouraged my interest in the silvered leaf monkey, a kind of langur, and approached me about starting a studbook for this species for the Associations of Zoos & Aquariums (AZA). 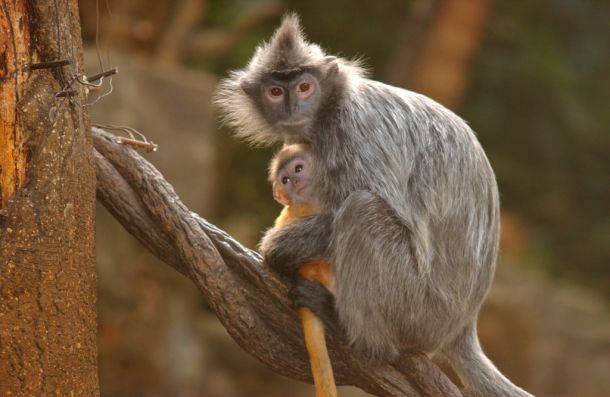 I was delighted and began not only creating the studbook but gathering every bit of information from scientific articles I could locate and found that there wasn’t very much on any of the leaf monkey species.  I began sharing my thoughts and ideas about a project that I had begun to formulate in my mind with Colleen.

I realized that if I wanted to be taken seriously and wanted to have the tools in my toolbox to publish, I would need more education and that an undergraduate degree was not enough.

I was lucky that WCS had a tuition reimbursement program for continued education. I was fortunate that Colleen and Claudia Wilson (our Collection Manager at the time) were supportive and there to help me make this happen as well as senior keepers and other keepers who supported me in reaching my goals.

At that time, I learned that there was an in-house WCS research grant called the Species Survival Fund that I could apply for that would enable me to pay for all my video equipment and supplies so that I could collect the data for my project. I was thankful that I was able to convince SUNY Stony Brook that I could complete a Master’s program while working full-time, which was not something common then. 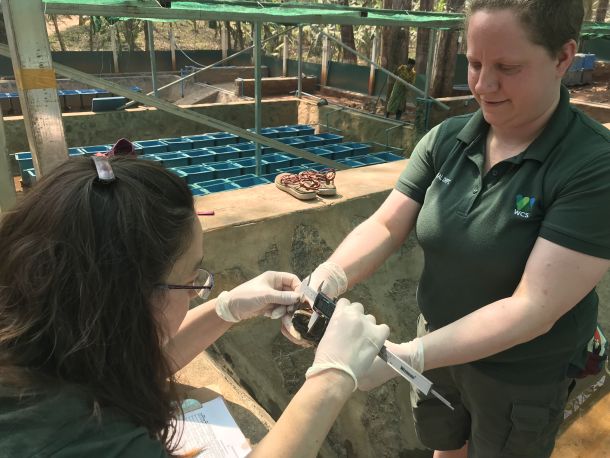 My graduate advisors Carola Borries and Andreas Koenig, along with Colleen, were integral in guiding me through my project and teaching me what I needed to know in order to successfully complete a thesis as well as obtain my Master’s degree in Behavioral Anthropology. The data collected culminated in three publications.

One of these papers was the first published data on life-history traits for silvered leaf monkeys. But as lucky as I was that these opportunities were available to me and that I had the support, they wouldn’t have meant very much if I hadn’t recognized and taken advantage of what was available to me.

Eventually, I transferred to the Prospect Park Zoo and joined the management team in order to continue my personal and professional growth. I’m sure you won’t be surprised to hear I brought my love for research with me. I took all of my experience accumulated at the Bronx Zoo and decided to apply it to breeding an endangered turtle, the Chinese big-headed turtle. 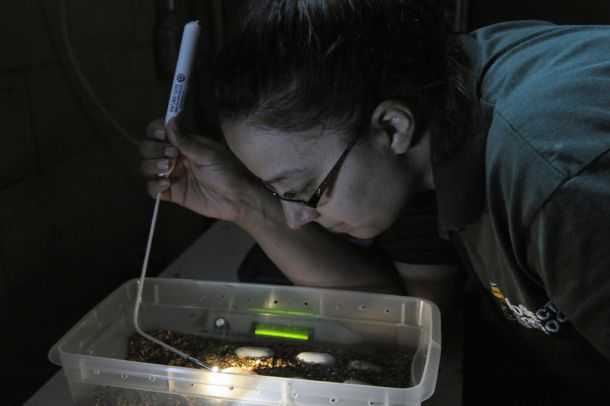 I once had someone ask me, “How does monkey girl think she is going to breed a notoriously unbreedable endangered turtle when no one else has done it?” My answer was simple: with patience, perseverance, and research. Most importantly, I wanted to at least be able to try.

Was I completely outside my comfort zone? Yes. Did I feel pressure? Yes, but I think most of that was self-inflicted. Was I afraid of failure? Of course, but nothing is ever accomplished if you don’t try. So, after eight years of attempts, we became the first AZA facility to breed this turtle species and produce hatchlings. I am so very proud of my team and our little zoo.

I’ve been so lucky to work for an organization that provided the inspiration and the financial means for me to accomplish my goals. But during Women’s History Month, I especially celebrate the incredible women who were difference makers and were more than willing to give me the support and opportunity I needed at a critical early point in my career.