In honor of NATURE’s 40th anniversary, we asked viewers how NATURE has impacted their lives. Below are some of your responses.

How has NATURE impacted your life? Let us know on Facebook and Twitter with the hashtag #NaturePBS.

Watch a preview of our 40th season HERE. 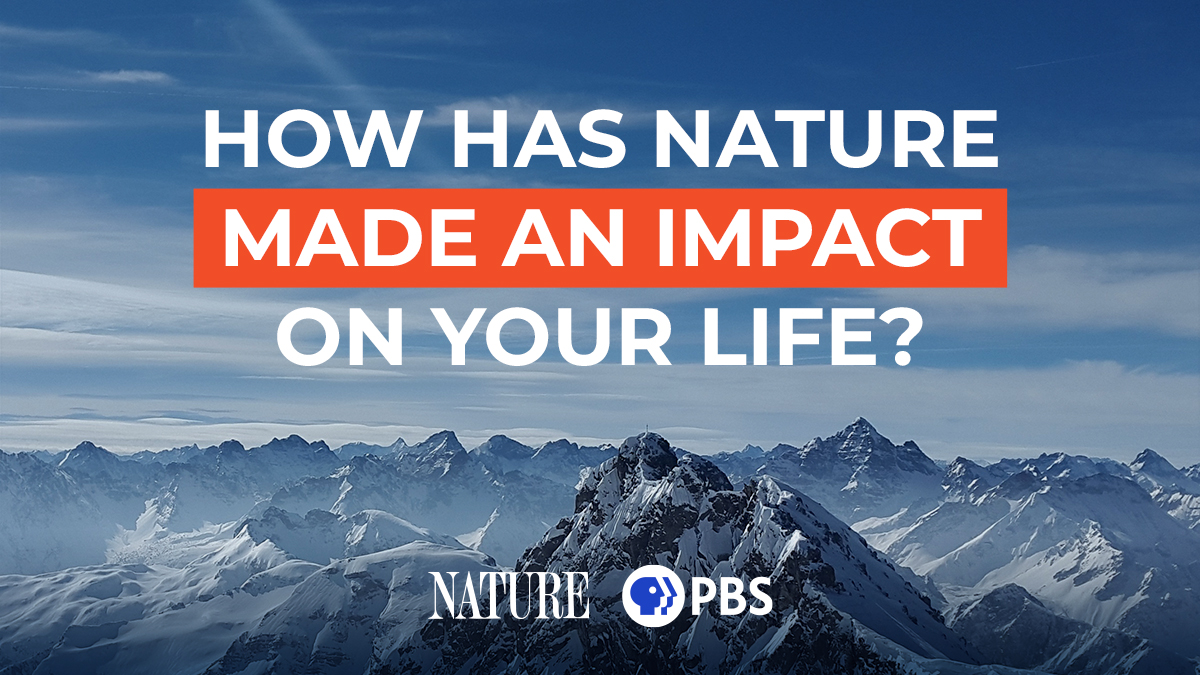 “I used it to teach science to my kids. The shows inspired them in so many ways. One child is now an agri-scientist, one is a genetics researcher, and one is an epidemiologist. Nature helped to nurture a love of our natural world.”
— Laura Brown McKenzie

“Watching Nature and similar shows on PBS is the major reason I went out and saw a great many of those places as an adult. I climbed up a tropical volcano, several actually. I hiked across and camped on lava fields. I fired tracer rounds off a mountain top into the pacific. I literally ran down a mountain seeking the safety of the tree cover in the jungle after firing tracers of a mountain top into the Pacific. I hiked jungle trails in the Philippines, Thailand, and many other places. I saw the desert, the mountains, plains, tundra, glaciers, icebergs, I steamed fearfully into hurricanes, felt tornadoes and earthquakes, and much more. It gave me a reason to seek adventure.”
— Ken Tajchman

“It encouraged me to become a Master Gardener.”
— Linda Massey

“I’ve learned many new things about animals and their habitats, from Nature and other programs, and know better how to do less harm, and which organizations are making a real difference, so I know who to donate to.”
— Brenda Clark

“I’m a biologist and work for the state EPA, I’d say it had something to do with my career choice.”
— David Souther

“I’ve watched it pretty much every week for as long as I can remember. It hasn’t just made an impact, it’s part of my life. Life wouldn’t feel the same without it.”
— Dominic Slivinski

“Learning about America’s mustangs and their plight through the Cloud series. Created a passion that took me to the halls of the US Senate in an attempt to lobby congress to save these animals.”
— Kate Cronenwett

“Nature, as is in the TV show? It has changed my life. Seriously- I credit you for forming my life path. Thumbs up.”
— Justin Peter

“I became a national park lover when I discovered the amazing landscapes this country (and Canada) has. Every vacation is planned around national parks. I have also had a love of wildlife since I was a kid.”
— Chris George

The post How has NATURE inspired you appeared first on Nature.