Ancient horses roamed the North American continent for millions of years. And many, many years later, horses played an integral role in building the foundation of the United States. However, there was a period in time when horses vanished from the continent, and the reason remains unknown.

The oldest oldest-known species of the genus Equus is Equus simplicidens, also known as Hagerman horse, Hagerman zebra and American zebra, which appeared about 4 million years ago. It could be found from present-day Florida to Idaho. Its appearance was relatively similar to the modern horse, being around the same size with similar teeth, a long face and neck, and fully fused leg bones. These early species of Equus didn’t stay confined to North America, they were so successful that they expanded their range outside the continent. They first migrated into South America and later spread into Asia, Europe, and Africa.

However, about 10,000 years ago at the end of the Pleistocene, most of North America’s large mammals, including Equus species, went extinct. The cause of their extinction is widely debated among the scientific community with a definitive conclusion not yet determined, but several theories exist. 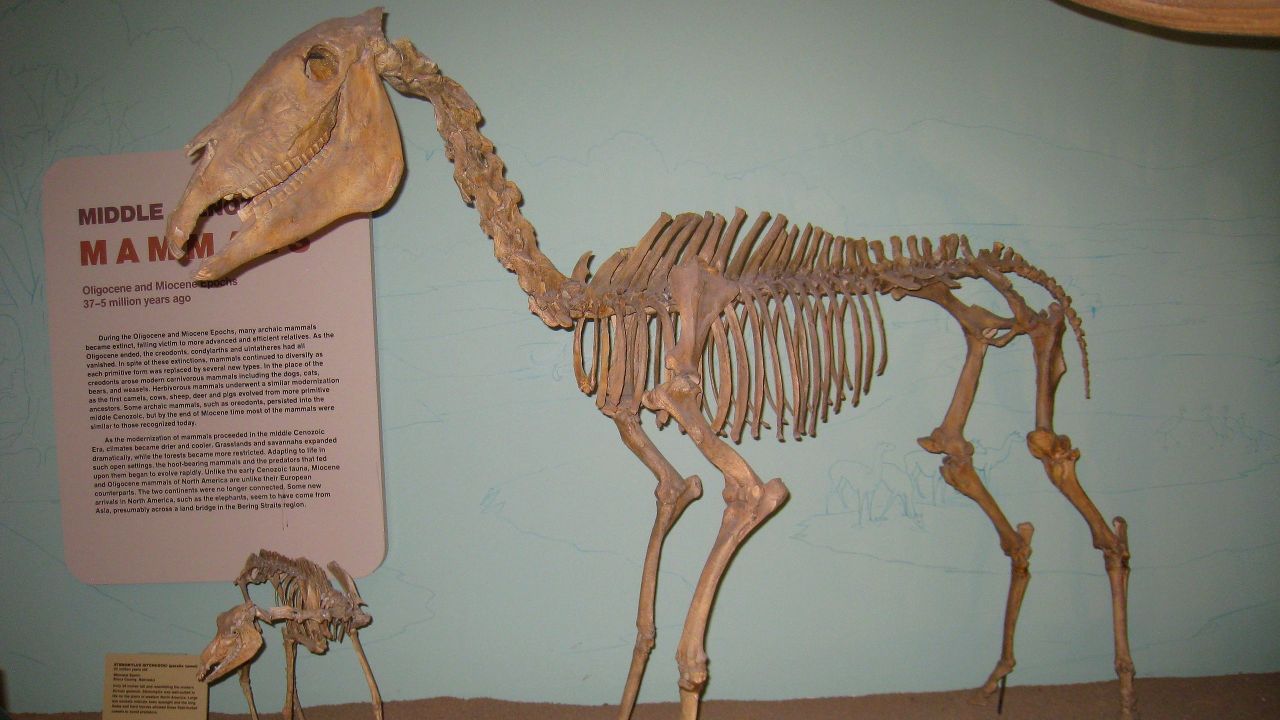 “We are less certain about the root cause of the extinction of American horses 10,000 years ago than we are about the events that led to the demise of dinosaurs 66 million years ago,” Eric Bendick, writer and producer of NATURE’s American Horses, said to NATURE.

Some possible explanations include climate change, human arrival, an evolution of grassland vegetation, or an extraterrestrial impact. The end of the Pleistocene, or the last ice age, likely caused a series of major changes to the continent’s habitat and vegetation patterns. Also, during this time, populations of bison began to grow and spread, competing with horses for food, causing a resource shortage. Fossil records from this time indicate that horses’ ranges were shrinking, and horses themselves were also shrinking in size, likely due to an inadequate food supply. Further pressure was placed on horses when humans arrived, as there is evidence suggesting that these early humans hunted horses.

“For all of the theories, most of the debate centers around the arrival of humans to North America and whether human overkill was directly responsible for their extinction,” Bendick said. “If humans were the major cause of extinction, the return of Equids might be considered a “rewilding” or “reintroduction” of a native species rather than as an exotic, feral, or invasive species on the landscape.”

Bendick has experience filming a wide variety of North American wildlife from tremendous bison herds to speedy groups of pronghorn to thundering elk. With his experience, he wonders how these other ungulates survived this extinction period while horses did not.

“Horses are incredibly fast, powerful, and intelligent. They are adaptable to incredibly harsh and extreme conditions of drought, cold, and heat. For all these reasons, it’s unlikely that human hunting would have led to their outright extinction – especially when comparable game species survived. Climate change and a shift in vegetation seem more convincing. However, my hunch is that a definitive cause is out there. We just haven’t found it yet,” Bendick said.

Scientists continue to study this phenomenon, and new research continues to reveal new discoveries in this field, according to Bendick. 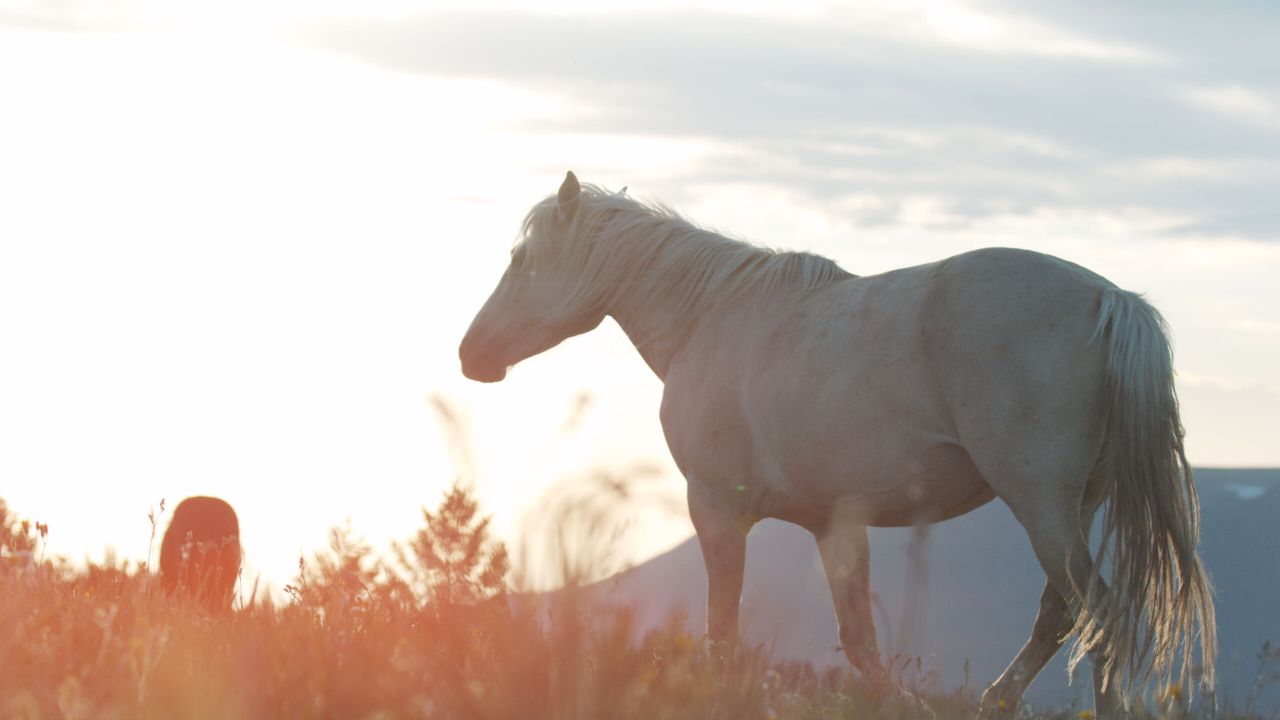 A white wild Mustang walks through a backlit field of flowers in the mountains. Pryor Mountains, Montana. (Credit: Jeff Reed / Courtesy of The WNET Group and TMFS GmbH)

While horses in North America vanished, those that had migrated out of the continent survived and thrived. About 4,000 years after North American horses disappeared, humans in other parts of the globe began to realize the usefulness of horses. Horses began to shape human history, used for everything from hunting and agriculture to war and transportation. And in turn, humans shaped horses by selectively breeding them to grow larger and faster.

In the late 1400s, Spanish conquistadors brought European horses to North America, back to where they evolved long ago. At this time, North America was widely covered with open grasslands, serving as a great habitat for these horses. These horses quickly adapted to their former range and spread across the nation. Around 1550, the first known feral horses escaped Mexico City, and more followed over time. Native Americans began to capture and ride the horses, spreading them further across the continent.

Over the five centuries since their return to North America, horses have become one of the most numerous and widespread mammals of all time. The Spanish horses were the first to sweep across the nation and became known as Mustangs. As the Mustangs ran wild out West, the Morgan horse rose in prominence on the other side of the continent. Other breeds like the Appaloosa and the American Quarter Horse also became popular among other communities. The United States is now home to over a hundred registered breeds, the greatest variety of Equidae in the world.

The post Horses in North America: A Comeback Story appeared first on Nature.