This piece comes to us from the Wildlife Conservation Society (WCS). In honor of LGBTQ+ Pride month, Nature and WCS are sharing stories of nature and conservation from members of these communities. 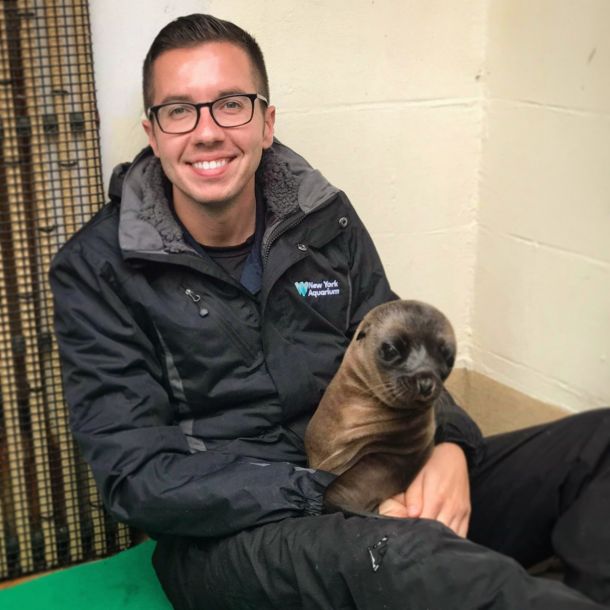 The world of wildlife conservation has always been one that has completely fascinated me, even at my earliest age. Some of my most distinct early memories in life are going to Connecticut’s Beardsley Zoo as a child with my family and spending countless years in the zoo’s summer camp.

I used to gather my stuffed animals as a child and “save” them from existential threats within my room, and practice the wildlife conservation muscle I would fully develop as an adult. I knew in my heart from a young age that my purpose in life was to save our planet, protect species, and inspire others to care as much about animals as I did and still do to this day. 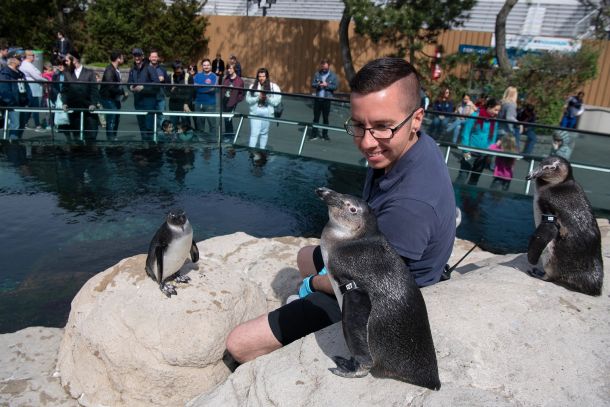 And while I knew with unbridled certainty that I would be moving into the conservation sphere, as a teenager and young adult I was riddled with uncertainty about my own identity as a gay man.

Growing up in the nineties, the world wasn’t the most welcoming for a small child questioning whether or not they fit into society as a whole, and the heteronormativity that much of our society is built upon. Heteronormativity is the idea that heterosexuality is somehow “natural” and “privileged”, and the idea of it being the only natural state and normative standard for the world has permeated everything from politics to the professional realm. 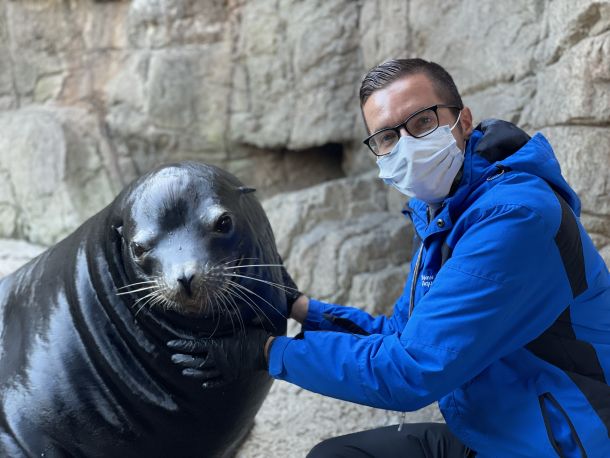 Remember this was the time when “Don’t Ask, Don’t Tell” was official policy, HIV/AIDS drugs were only a few years old, and Ellen could be pulled off the air for simply stating who she was as a person.

While growing up as a gay child during all this uncertainty and adversity was challenging, to say the least, my zoo family always offered me a safe refuge from the blatantly homophobic outside world. Within the zoo’s grounds, I was free to be myself and fully embrace my inner animal nerd.

While my passion for wildlife has existed from a young age, it took until my early twenties for me to fully embrace my own identity as a gay man. By the time I was secure in my own gay identity and came out publicly in 2013, I was well into my dream job of working with animals and fearful of how my personal life might impact my career. 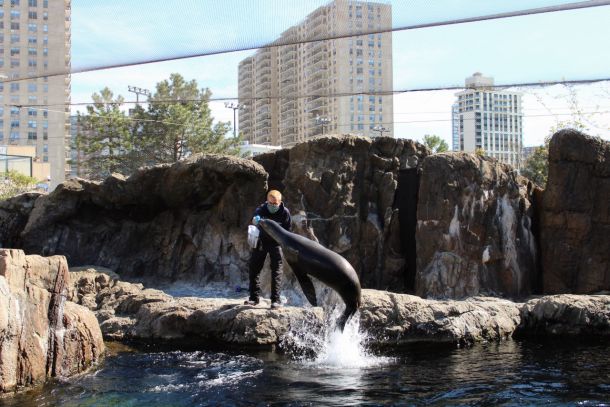 At the time I was working for Natural Encounters Inc., and they were incredibly wonderful and supportive and did much to assuage any nerves or fears I had about embracing my true self. In fact, one of my favorite career memories was being onstage as one of the lead presenters at a bird show produced by Natural Encounters Inc. at Brookfield Zoo in Chicago on the same weekend the Supreme Court ruled in favor of marriage equality in 2015. Being able to be onstage with another queer presenter during that weekend filled me with such hope – the hope that the world was finally getting better for queer people all over.

It may be seven years after the Obergefell v. Hodges Supreme Court decision, but that feeling of hope still resonates with me today. It’s truly inspiring to see how far the world and our profession has come over the last 31 years of my life, and I have confidence that it will only continue to evolve even more.

One promising evolution for queer issues is the development of Employee Resource Groups (ERGs) in AZA institutions like ours at the Wildlife Conservation Society, which strive for greater queer inclusion at all levels of the organization. 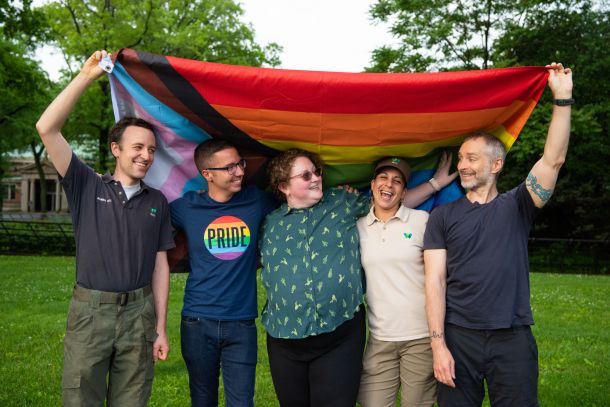 Our QUEER ERG at WCS is able to have nuanced conversations within our organization about issues like safety for queer employees, greater queer visibility within all zoos and aquariums, and the fact that there are many examples of animals exhibiting same-sex attractions and that the heteronormativity our society is built upon is not so congruent with the natural world.

All of these things give me the hope that together we are building a better, more inclusive world for all LGBTQ+ children who visit our parks, and someday dream that they too can work towards saving the amazing animals with whom we share our planet.

The post Growing Up Gay in the Zoological Field appeared first on Nature.