The excitement for me started when driving along Padilla Bay as the tide began to creep in. Bays, islands, and being so close to Canada all seems so unworldly and mystical to this Colorado born-and-raised gal.

The excitement increased ten-fold when I noticed the group of other TNC’ers congregating next to the marina. As I’d only served TNC for the previous 10 months, 95% of my interactions with colleagues had happened over video chat. I wandered over to unsurprisingly be met with smiling eyes on everyone’s face and the same exuberant energy I had, which could not be covered up by our masks and other covid precautions.

Getting on a boat is also very exciting when you’re from a land-locked state. The Puget Sound never fails to impress me with its beauty. The 45-minute boat ride was rather brisk, but a very welcome change from the eastern Washington heat.

“Hey, that island looks pretty yellow. That must be it!” I hear someone cheer over the wind. And sure enough, compared to the green, heavily wooded islands surrounding us in every direction, Yellow Island was, well… rather yellow.

Matt Axling, the Yellow Island Preserve Steward, and Mia Somenek and Carrie Smith, SCA interns met us on the shore when we arrived. After gathering and completing introductions, we embarked on a walk around the island and Matt explained to us why Yellow looked different from the surrounding landscape.

Since time immemorial, indigenous peoples visited the island to forage. Up to 20 different tribes collected camas, the second largest food source in the region after salmon and a good source of starch, as well as chocolate lily and fawn lily. To increase the production of these foods, indigenous peoples intentionally set fire to the island. This kept shrubs and trees at bay (pun intended) so camas and lilies had plenty of space and sunlight to grow. Matt exemplifies a deep appreciation for the people that stewarded the island before him and it shows in how much information from them learns, remembers, and shares.

After eating lunch, exploring the small cabin, and hanging out with some seals, Matt, Mia, and Carrie led the group in a harvesting activity. We collected camas and chocolate lilies and extracted the seeds. I’d say we sure did a good job at gathering and Matt reported having all 62 visitors the next Saturday help extract seeds (shuck them from the plants we collected).

We harvested almost a full cup of camas seeds which Matt will send to the Tulalip and Port Gamble S’Klallam tribes this fall. Some seeds we collected will also be planted on the island.

Before I knew it, our boat floated back to pick us up. Time flew by way too fast on the island. If you ever have the chance to visit, do yourself a favor and take the opportunity. Don’t forget to ask Matt about the ecology and history of the island and check out the cabin builder’s diary! 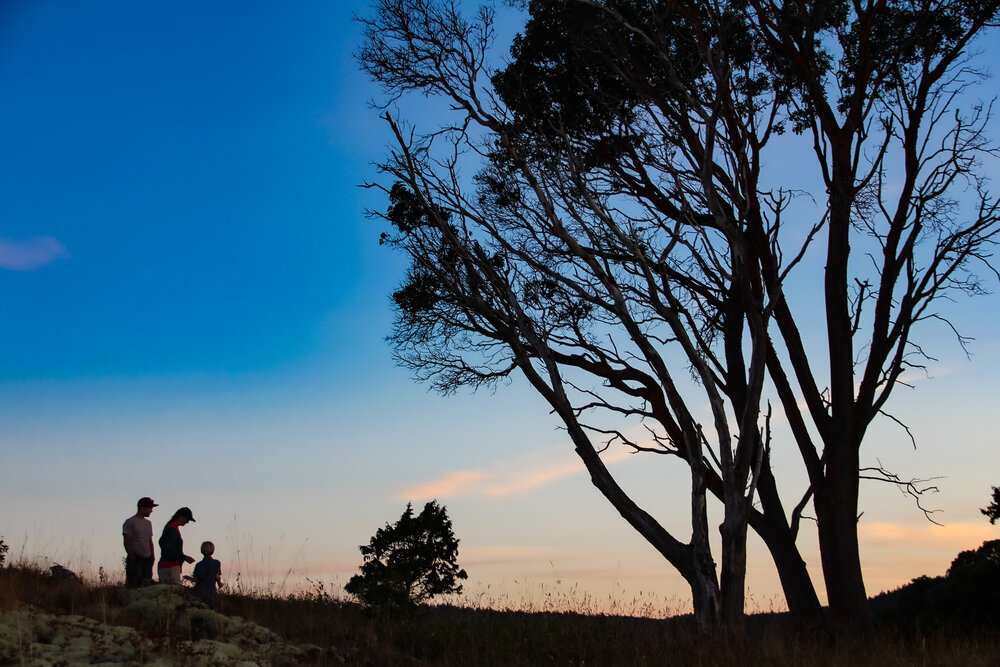 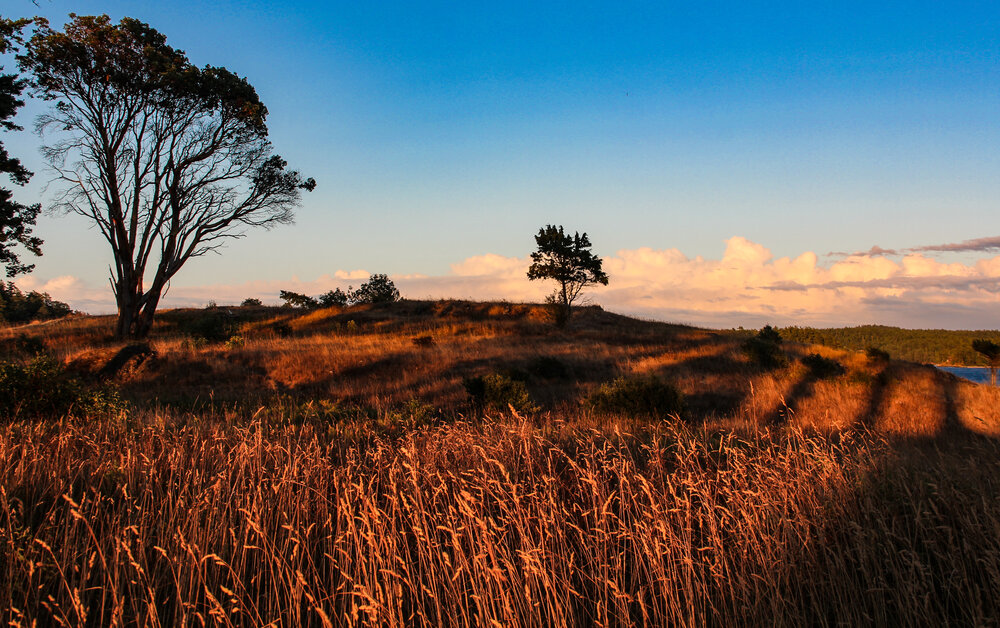 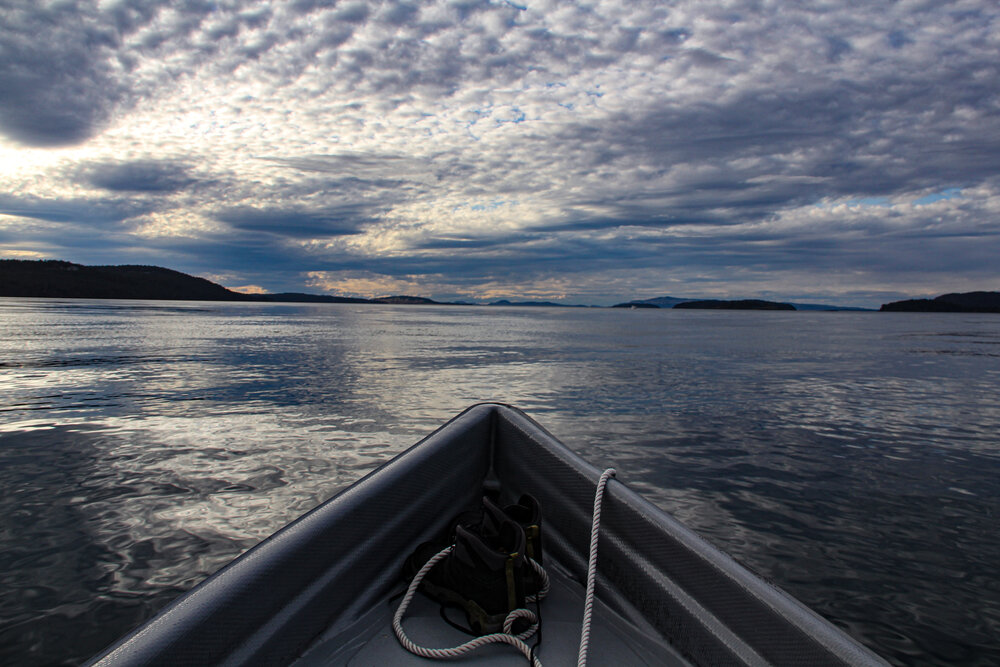 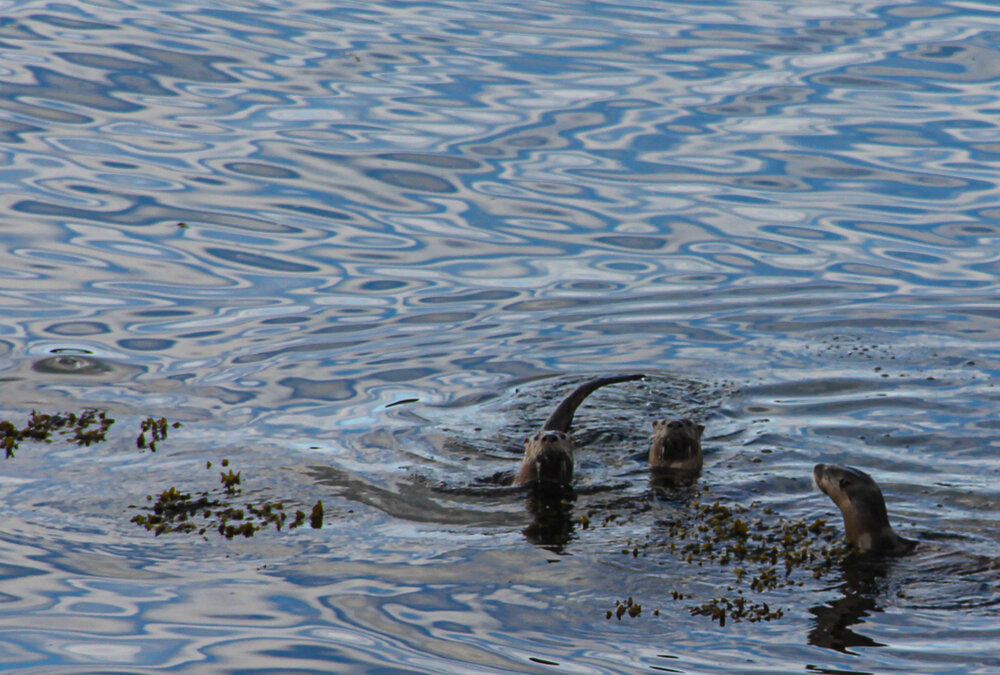 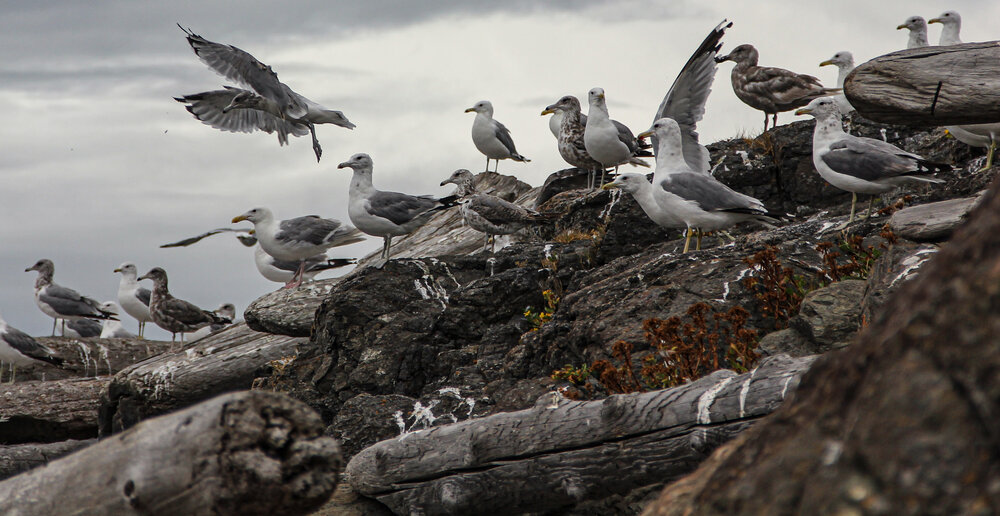