The corgi husky mix is generally between 13 and 15 inches tall and weighs around 20 to 50 pounds at full maturity. The mixed breed has a long lifespan, between 12 to 15 years, when cared for with a healthy diet, exercise, and correct grooming habits. These dogs are energetic, lively, playful, and make excellent watchdogs.

The corgi husky mix is a great addition to active families who have the time to train these intelligent pups correctly. The dog is full of personality and loves the outdoors, which means a large fenced-in yard is essential to keep these dogs happy and healthy. The mix has a loud bark and is not suitable for small apartments and families who are rarely at home. 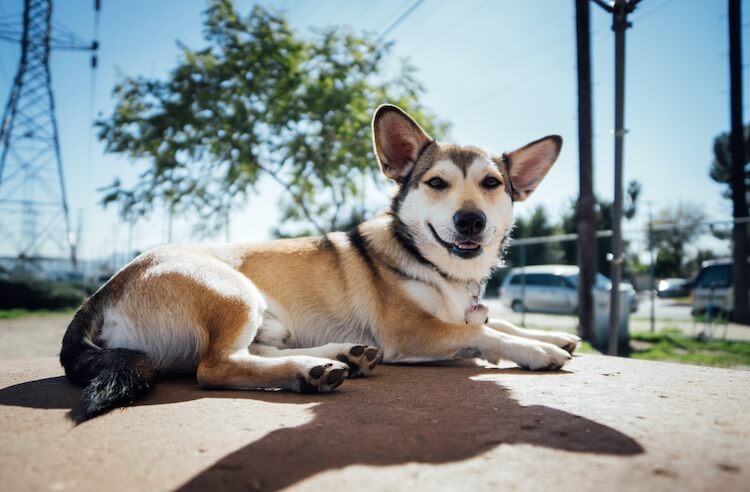 The corgi husky mix takes on most of the husky’s appearance but gets its size from the corgi parent, making it look like a smaller version of a husky. The mixed breed has a head shaped like a fox, almond-shaped eyes, and upright ears. These dogs have broad and deep chests, short legs, and usually a curled tail.

The corgi husky mix’s size may vary based on its parents, but the dogs are generally small to medium in size. These dogs range between 13 and 15 inches high and have a sturdy build. The average weight of the mixed breed is between 20 and 50 pounds at full maturity.

The corgi husky mix’s coat takes on characteristics from both parent breeds, but the coat is usually a thick double coat. In some cases, the coat is straight and dense like the Siberian husky’s coat, but usually, the coat is thick and long like a corgi’s coat.

The horgi’s coat is typically a mix of two or more colors: cream, black, fawn, tan, sable, red, gray, or agouti. The mixed breed has various markings on its body and often has a fawn or white face mask, much like a Siberian husky.

The exact origin of the corgi husky mix is unknown. Despite the breed existing naturally for decades, breeders only began intentionally mixing the parent breeds in the 1990s in America. This designer breed is created by breeding a female Siberian husky with a male Cardigan Welsh corgi or a male Pembroke Welsh corgi. Breeders rarely breed two corgi husky mixes. 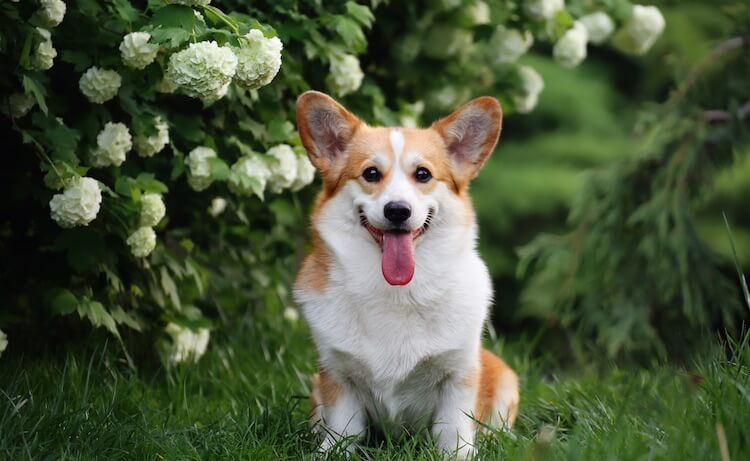 The Pembroke and Cardigan Welsh corgi are two of Britain’s oldest dog breeds bred as herding dogs. These small dogs are highly energetic, protective, and affectionate, and the dogs’ working nature makes them independent and fearless. Purebred corgis are also lively, quick, agile, and have a loud bark, and all of these characteristics are passed down to the horgi.

The corgi has short, sturdy legs, a long body, and a long straight coat passed down to the horgi puppy. 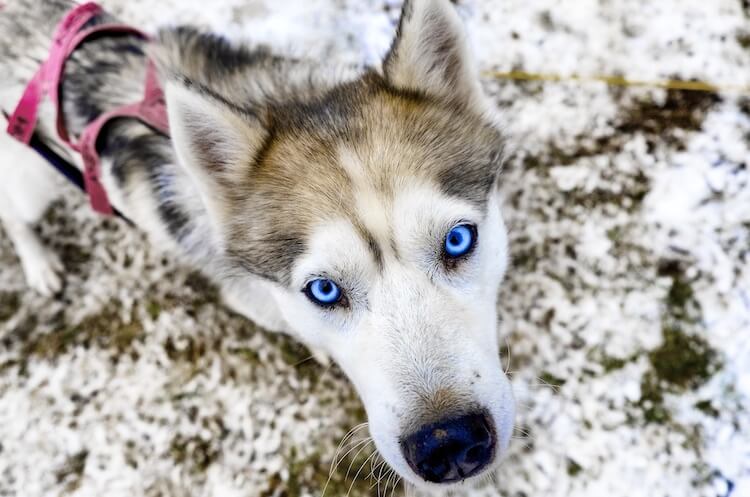 Siberian Huskies were initially bred as sled and companion dogs in northeastern Asia. Huskies were often used as working dogs to transport light loads over long distances of frozen land. These dogs are dignified, friendly, energetic, and have a mischievous look and personality.

These dogs get on well in families and with other pets — all characteristics which are passed down to the horgi. Huskies are heavy shedders and have thick black, white, and gray coats. 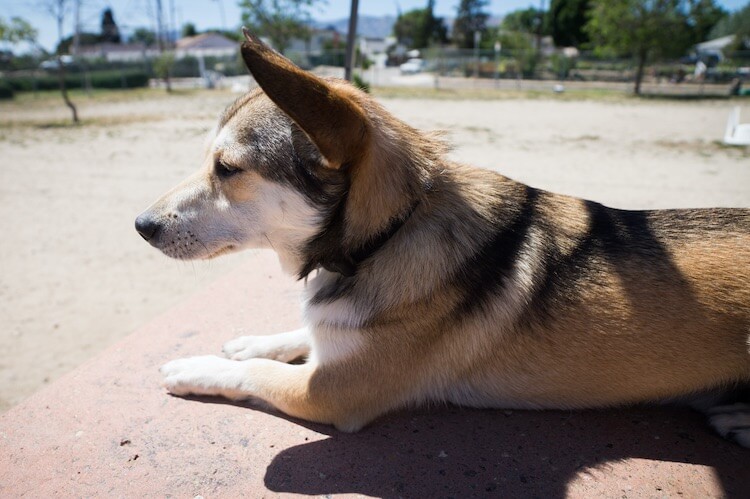 The corgi husky mix is a friendly, loyal, and energetic dog that prefers running around a large yard to lounging inside all day. The mixed breed is alert and tends to bark when it feels threatened, but these dogs aren’t aggressive. The horgi is obedient, intelligent, and eager to please but has a stubborn streak that makes training challenging.

The horgi is a pack animal that’s highly friendly with people and other pets after early socialization. The mixed breed has a loud bark and is highly alert, making horgis good guard dogs if trained correctly. However, the breed is not aggressive and will alert its owners but isn’t likely to attack any perceived threats.

The horgi is highly active and requires frequent exercise and playtime, which makes the breed suitable for highly active families and owners. The dogs enjoy being the center of attention and having constant human attention. However, these dogs are independent and can be left alone for short periods.

The corgi husky mix is relatively easy to care for and is suitable for new dog owners, with guidance from a veterinarian regarding dietary needs and health issues. Because of its mixed-breed status, the horgi is unpredictable, and the requirements for taking care of these dogs will vary. However, there are general guidelines to help owners navigate the care requirements of this mixed breed.

Ask a veterinarian for guidance on the dietary requirements for the corgi husky mix because the food needs vary depending on the size, age, and activity level of the dog. However, a general guideline is around 2.5 to 3 cups of food split into two or three meals. Feed the mixed breed a diet of high-quality dry dog food at set times to prevent overfeeding.

Monitor feeding times and limit treats to 20% of the dog’s daily calorie intake to avoid overfeeding because this mixed breed is prone to obesity.

The corgi husky mix is a heavy shedder, requiring daily brushing during warmer seasons and weekly brushing during colder seasons to remove dead hair and keep the dog’s coat healthy. Bathe a horgi once a month or when its coat is heavily soiled, and brush the dog’s teeth twice a week to avoid bacteria build-up.

Clean the dog’s ears regularly and clip its nails when the nails start making a noise on the floor, or when the dog has trouble walking. Never trim a horgi’s coat because the double coat may grow back incorrectly, and the dog will lose the insulation benefits of its coat.

The horgi is a highly active dog and inherits the working-dog nature of both its parents. Provide the horgi with at least 30 minutes to an hour of exercise per day in the form of walks, runs, and play sessions. Be careful when exercising a young horgi puppy because rigorous exercise will hurt the dog’s developing spine and legs.

These dogs are more suitable for homes with fenced-in yards where the dog can roam freely during the day. Regular exercise is essential to prevent obesity and other health problems in a horgi. Keep the dog on a leash in open spaces because the dog has a high prey drive and will chase — and likely catch — smaller animals.

The corgi husky mix needs regular mental stimulation due to the dog’s high intelligence levels. A horgi left alone without enough exercise or playtime will become destructive and partake in undesirable behavior. Fetch and ball games are suitable for this mixed breed because of its herding instincts inherited from the corgi parent. Try some scent and puzzle games to keep the dog entertained and stimulated. 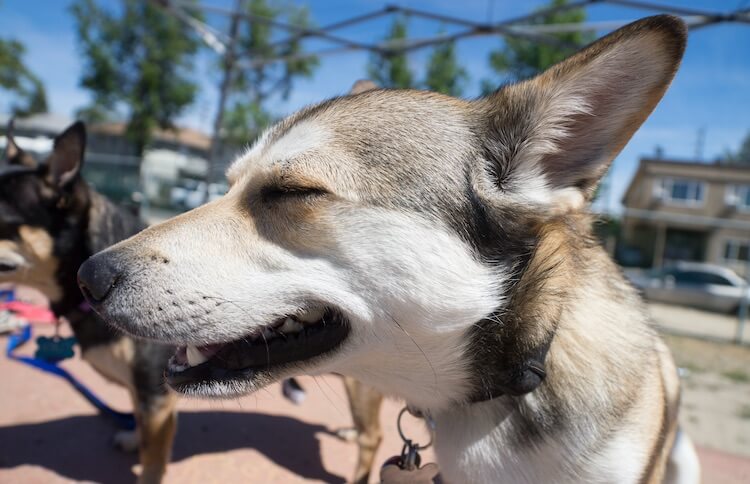 The corgi husky mix is generally a healthy dog but is still predisposed to certain health conditions passed on from both parent breeds. Take the horgi to a veterinarian regularly for preventative check-ups or when health issues arise.

Here are a few common health issues that horgis may experience: 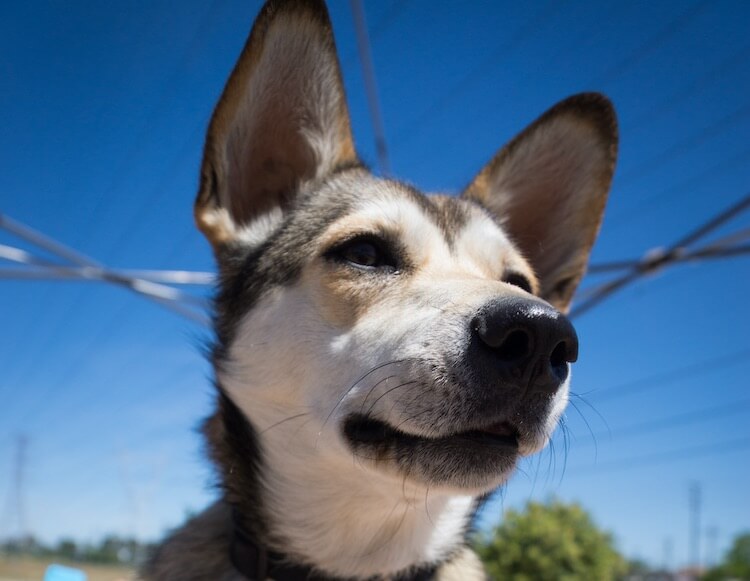 The corgi husky mix is relatively easy to train because of the dog’s intelligence and eagerness to please. However, the dog may be stubborn sometimes, and incorrect training can lead to bad behaviors. The horgi is also strong-willed and requires a firm training approach to learn that the owner is in charge.

Train this mixed breed consistently with positive reinforcement training and repetition. Use verbal praise and treats to reward good behavior, but don’t overfeed dog treats. Don’t get angry and use harsh corrective training methods because this approach will bring out the dog’s stubborn nature. Instead, ignore negative behavior and focus on rewarding positive behavior.

When training a corgi husky mix puppy, limit training to about 10 minutes per day to prevent the dog from becoming distracted and losing interest. Increase the training time as the dog gets older, focusing on repetition during training sessions. Use behavioral training to prevent the horgi from barking excessively, chasing small animals, and nipping ankles. 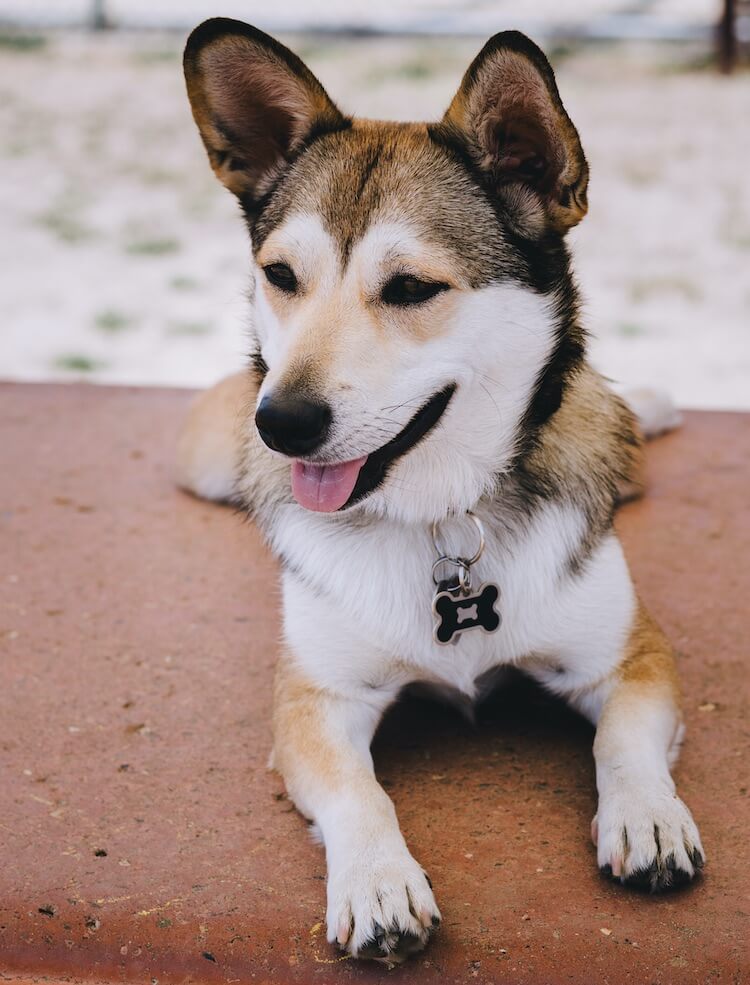 The corgi husky mix is a relatively expensive dog to buy from breeders because of its designer breed status. It’s also possible to adopt these dogs from a rescue center, but the dog’s temperament and health condition may be undesirable or unknown.

How Much is a Corgi Husky Mix?

A corgi husky breed costs between $200 and $1,000. Buying this mixed breed from a reputable breeder is more expensive but will ensure a healthy dog with a predictable temperament and personality. Adopting a horgi from a shelter is the most cost-effective way to buy this dog breed and will cost between $50 and $300.

How Much Does it Cost to Raise a Corgi Husky Mix?

The corgi husky mix costs between $1,000 and $1,200 per year, including veterinarian bills, food, bedding, and toys. This amount will be higher in the first year of owning a horgi, and the cost will decrease in the following years. 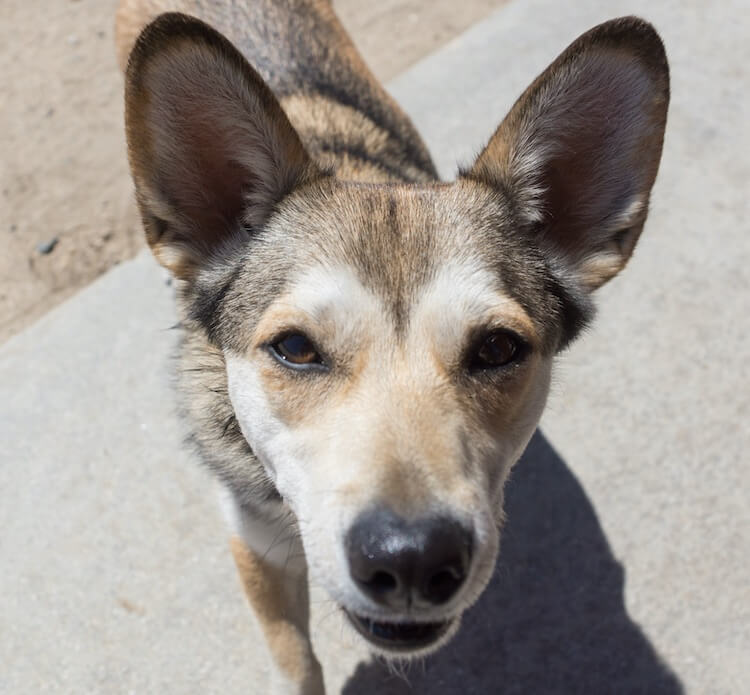 Should You Get a Corgi Husky Mix?

The corgi husky mix is an excellent dog for owners looking for loyalty or a smaller version of the husky. The mixed breed has several desirable qualities and is suitable for relatively new dog owners. However, the designer breed is not suitable for all owners, and you should consider whether your lifestyle is suitable for this dog before buying.

Corgi Husky Mixes are Suitable for:

The corgi husky mix is suitable for highly active owners who have enough time to spend training, playing with, and exercising their dog. The horgi is suitable for families with older children and owners looking for a smaller version of a husky. The mixed breed will do well in all types of climates because its thick coat keeps it warm in the winter and cools it down during warmer months.

Horgis are loyal and affectionate, making them suitable to be around older children, and with early socialization, the dog will get along well with other pets. Horgis are suitable for families who are home often because they need a regular companion and want to go along on adventures with the family.

Corgi Husky Mixes are NOT Suitable for:

The mixed breed is not suitable for owners with allergies or severe asthma because of the dog’s high shedding tendency, especially during the summer months. Horgis are not suitable for owners looking for a guard dog that will act when the home is threatened because, while loud, this mixed breed will rarely become aggressive when correctly trained.

The mixed breed may not be suitable for homes where small pets are present because of the dog’s high prey drive.

Other Siberian Husky and Corgi Mixes

If you’re interested in learning about other Siberian Husky mixes or Corgi mixes, check out the hybrid dog breeds below.