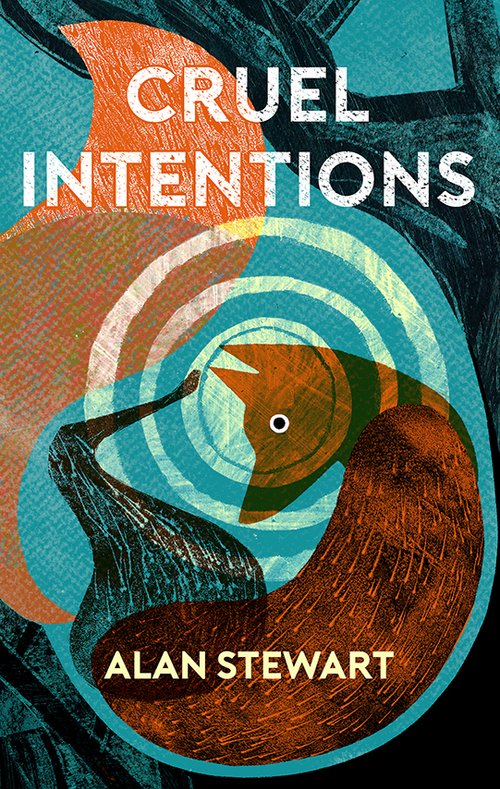 This is the sequel to the excellent Calls from the Wild (reviewed here). PC Bob McKay gets to tackle more wildlife crimes such as Fox hunting and deer poaching. Grouse moors, and their shady managers, play large parts in this volume along with bothered Beavers, baited Badgers and disturbed dolphins.

Alan Stewart writes very well and the plot zips along, but his greater strength is that he knows about wildlife, wildlife law and the details of investigating crimes against wildlife, from first hand.  There are few who could possibly write such books, and none that has, except Alan Stewart. It’s a good job for we readers that he writes so well too.

Cruel Intentions by Alan Stewart is published by Thirsty Noir. 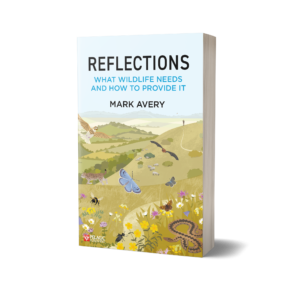 My forthcoming book, Reflections, will be published on 4 July and already can be ordered. 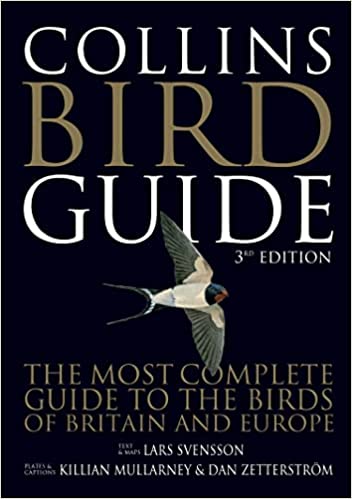 An identification guide is a functional thing – it exists so that the reader (or looker) can put a name, they hope the right name, to some creature. These are not the books that one picks up to read, or re-read over the years. They are the books one takes out into the field and packs in one’s luggage for trips abroad.

I am trying to reduce the number of books in my house and that involves a bit of re-organising (were they ever organised though?) the books that fill bookshelves, and the shelves designed for other purposes, books in boxes and piles of books on parts of the floor. I’ve got a lot of identification guides for various taxa in the UK and quite a lot of bird guides for foreign lands. I’ve been to East Africa once, and those three weeks in 1987 (?) mean that I have a field guide to those birds from that time. It hasn’t worn out, the birds won’t have changed their plumage and although I have no thought of a return trip (but, you never know!) I’ve kept the book, pages unopened from one year to the next, for decades.

Similarly the field guides to UK and European birds that I bought 50 years ago are still pretty decent guides to birds now. The faces, and even the greater coverts, of the birds illustrated in my PMH (Peterson, Mountfort and Hollom) are pretty much the same, and it isn’t as though our continent has been swept with waves of avian extinctions and colonisations during that period – the cast of avian characters is pretty much the same too.

I think the answer is that most of us don’t!  If you have the 2nd edition of this guide and are a normal sane person then that edition will serve you brilliantly through your birding for the next few decades. But if you are just reaching the stage of needing a field guide that you can take on travels across the European continent then get the up to date edition because it will be better than the previous edition in several ways. New field guides do reflect increasing knowledge of bird plumage and identification features, of course they do, they are a testament to the study of birds by people who look at the feathers with much more intensity than do most of us. And new editions of books also come up with better page layouts and minor or major tweaks. The maps will also be updated. Although when it comes to distribution maps in field guides they are too small to give you much useful information on exactly where the species in question occurs. I have found field guide maps most useful on those occasions when I have struggled to identify a species when there are several likely-looking candidates and once I’ve made up my mind I check the distribution map only to find that the relevant species does not occur in that corner of the continent so it’s back to the beginning.

My most up to date PMH, the 1983 4th edition, has 542 species in 287 pages whereas today’s Collins Bird Guide covers about 830 species in 486 pages – the increase is mostly because this guide includes North Africa and parts of the Middle East. but amazingly, this guide will fit into most of the pockets that PMH does and seems somewhat Tardis-like in being bigger on the inside than the outside. There is a lot of information efficiently packed into this handy volume.

When I was a lad there weren’t many gulls to see, about 19 species in Europe,  but what with splitting and the better understanding of what might turn up from afar we now are wrestling with 30+ species and all of their moults and ages. No surprise then that there are well over 20 pages devoted to gulls here. Nothing speaks so clearly to the fact that life was simpler in the old days than that! I wonder how many interesting rare gulls I put down to ‘funny-looking Herring Gull’ in my youth because they didn’t feature in my chosen field guide.

Tricky groups such as waders, raptors and warblers are very well covered.

This is a superb book – there ‘s no doubt about it. If you are going to travel widely in Europe then you should get it, and if you never stir from these shores it will meet your needs very well too.  There is much more to being interested in birds than being able to identify most of the ones you see, but the enjoyment and study of any taxon is much enhanced by being able to do just that.

The cover?  Dull.  It’s unusual for a nature book to be dominated by the publisher’s name and a boast, probably merited, about what a good book it is.  Will I consider buying this book because of the publisher or because the three authors (named in small letters on the cover) know their stuff? It’s more like an advertising poster than a book cover. I’ll give it 3/10.

My forthcoming book, Reflections, will be published on 4 July and already can be ordered.

The Neolithic revolution, which occurred about 12,000 years ago, fundamentally altered the economy, diet, and social structure of the earliest human societies in the Fertile Crescent of the Near East. Currently, a study examines the development of wheat spikes since ancient Mesopotamians, the region that served as the cradle of agriculture between the Tigris and the Euphrates, first cultivated the crop.

UK experts say that some rare plants might be found in backyards and gardeners are encouraged to upload photos in an app for identification. Find out more here.

A recent study found that the destructive fall armyworm pest poses a threat to almost all of Africa’s maize crop. The majority of the maize grown in Africa is produced in regions with climates that support the pest’s seasonal infestations, according to scientists.

Another dead sperm whale was washed to shore with fishing nets, traps, and marine debris in its stomach. This time, the beach is located in Hawaii. Read more here.

The blizzard conditions in Northeast US brought blinding whiteouts and extreme wind chills among other woes to 20 million people. Read more here.

Alligator DNA was injected into a catfish by scientists in an experiment that demonstrates the possibility for the fish to live longer.

A California homeowner found his wall was filled with acorns, after seeing a woodpecker drilling holes in the side of his house. Find out what happened here.

NASA features an image of strange clouds that look like they were set in a hexagonal cell pattern off the Chilean coast a few months ago. Read more here.