This piece comes to us from the Wildlife Conservation Society (WCS). To honor Black History Month, WCS and Nature are sharing six stories of nature and conservation. 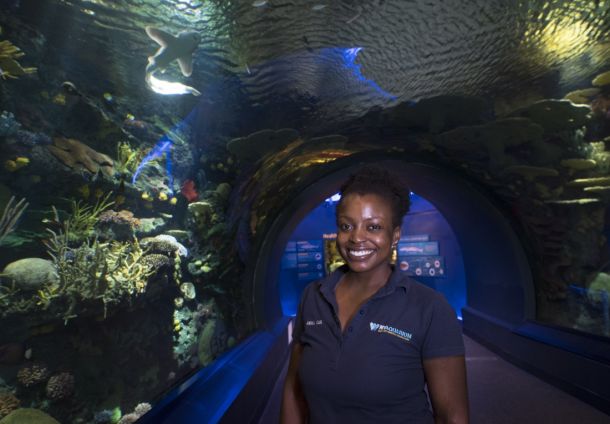 In 2017, I became one of the first Black Wild Animal Keepers at the New York Aquarium. I dive with, train, and generally care for a variety of fish, sharks, rays, and sea turtles, while educating and inspiring people to care for and protect these animals in their own lives.

I cultivated my love of Marine Science with a lot of help from my dad; he didn’t have a science background, but he was always very interested in science and had a love of the ocean that he instilled in me as well. Though the sciences came very naturally to me as a class subject, STEM programs weren’t very prevalent when I was younger. Without my father’s influence, I don’t know that I would’ve ended up in this field.

See, I am one of the first—if not the first—persons in my family to make a career in a science field. Recalling many family conversations and growing up seeing my father’s equal fascination with the subject, I think the reason he and others may have avoided pursuing a science career stemmed in part from a lack of confidence in their ability to make a sustainable living and not knowing where to start. 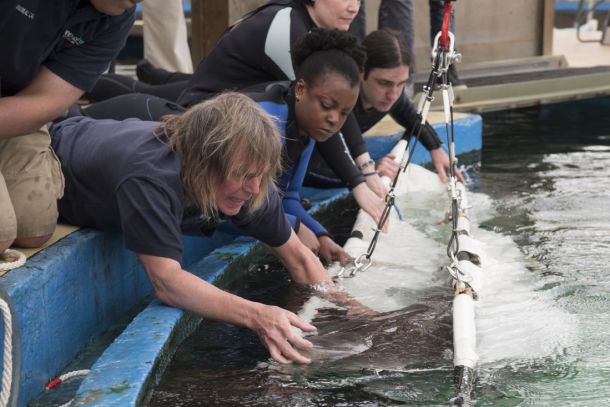 I was raised in my family surrounded by generations of strong, resilient Black men and women. I was never discouraged from pursuing science as a career, but I was met with a healthy dose of skeptical intrigue. A career in science wasn’t immediately considered a “practical” career in comparison to the more standard 9-5 job.

I love that my workday isn’t typical. It’s unique and exciting while still serving the greater good and the environment. I love learning from and working with the variety of animals I encounter daily—from the often misunderstood sharks to the more generally accepted (and my absolute favorite) sea otter on occasion. They’re the best co-workers I could ask for, even if there’s a slight language barrier. They challenge me consistently and are adept at teaching me to problem solve in innovative ways.

Captain, our zebra shark (my love, and one of my favorite shark species), can take a lot of credit for that. He works with—and sometimes against—me, which demonstrates how to keep him engaged during our training sessions. Captain has taught me the value of variability, which provides more mental and physical stimulation for him while simultaneously making me a better trainer. 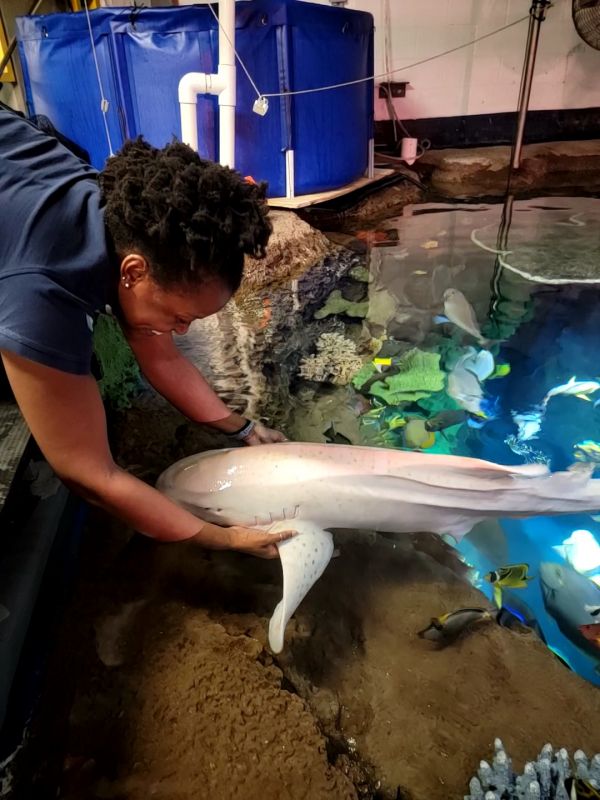 I’ve managed to find a career that utilizes science, has adventure, seeks opportunities for education and outreach, and is an ethics-focused business that abides by its mission—all things I’m interested in. Even though I enjoy my career it still, like everything, has its downsides. I’m one of the first Black Keepers at the New York Aquarium and the biggest struggle I’ve had as a Black conservationist has been maintaining my identity in an as-of-now predominantly white male-dominated field.

This is of course due to our long history and the current climate in America. To this day Black Americans generally struggle to just get a foot in the door or a seat at the table despite meeting or exceeding the required qualifications. Even when we do, we’re expected to adhere to our best “acceptable” behavior—a double standard that doesn’t apply to our white peers.

It instills an unsaid expectation to either stick with the status quo, or consistently feel the pressure to be the best representation of what it means to be Black so we can justify filling a space that hasn’t yet been filled. While the tide is slowly turning, this mentality is deeply ingrained and reflects a lack of confidence in our ability to strive for more. 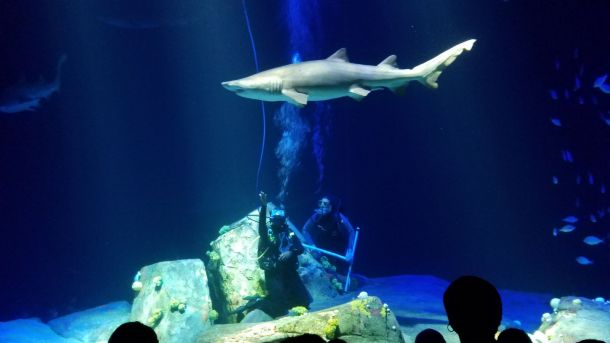 Living within this narrative, I’m so thankful that my parents always encouraged—even pushed—me to pursue my interests, despite not always understanding what I was saying when I went on a tangent about marine organisms. They saw in me what I didn’t for a long time: that I would be someone who will continue to break these barriers and false ceilings to accomplish my goals in the face of a society that is fighting a war against itself.

But I have found several mentors and allies that have inspired me to want to continue helping and educating people like me about the opportunities available to them. People in my community are both proud and shocked when my mom or I tell them about what I do because it’s often not something they’ve ever heard of as a career, let alone seen a Black woman doing.

Though black history is every day for me, I strive to honor my family and the strong roots they’ve instilled in me. I continue to do my best as a representative role model in this field, and continuously work to ensure that I am not the last. Though he has passed too soon, I like to think that my dad is watching over me, both extremely proud of what I’ve accomplished so far and thoroughly fascinated.

The post Black in Marine Science appeared first on Nature.