The Rocky Mountains are one of the longest mountain ranges on Earth, stretching some 2,000 miles from central New Mexico to the northern edge of Canada. Wildlife filmmakers Joseph and Nimmida Pontecorvo journeyed deep into the Rockies to capture some of its most unique and extraordinary moments. NATURE’s Sr. Audience Engagement Specialist Chelsey Saatkamp spoke with Joe and Nim about their experience working on the film. 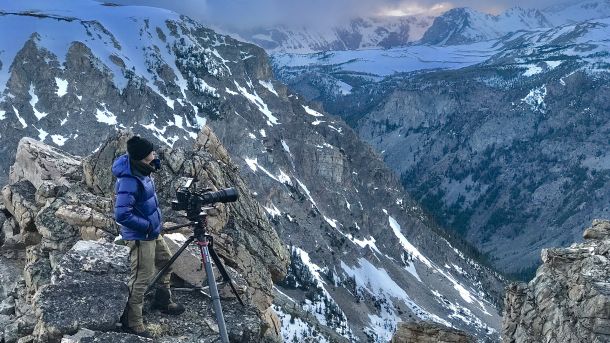 Joe Pontecorvo is an award- winning producer, writer, and cinematographer.

I heard that this shoot was how you spent your early quarantine! Was this shoot always planned or did you have to adjust your schedule due to the pandemic?

Joe: We were working and traveling from a camper van for most of the shoot, so in the early days of the pandemic, it wasn’t a big problem. But as things got worse, campgrounds started closing and some parks began closing down. Certain areas of Yellowstone and Glacier were both closed, and that meant we lost access to some of the animals we were following. As a result, we did need to modify our plans and figure out alternative locations. One of the most devastating consequences was the Canadian border closing. Because of that, we were unable to spend time in the Canadian Rockies, which was really disappointing.

Nim: This question reminds me of when we had to film Bear 399. She is one of the Teton’s most famous bears and very popular among tourists and photographers. So large groups would gather along the side of the road. It just made me very nervous to be among a big group, many of who simply weren’t wearing masks. At that time there were different opinions about masks and that just made things more difficult. The bottom line was we needed to keep filming and just couldn’t afford to get sick. 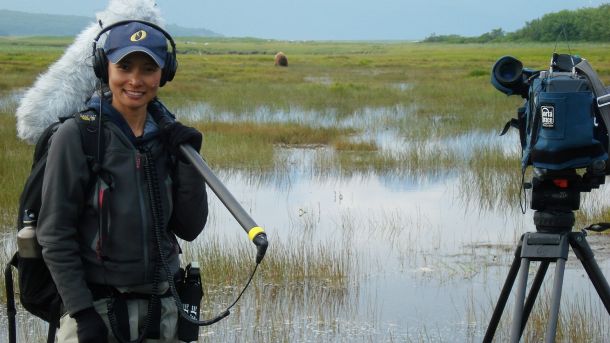 Nimmida Pontecorvo is an experienced cinematographer and sound recordist.

What were some of the biggest struggles of this shoot? What was most rewarding?

Nim: The Rocky Mountains are massive, and we had a number of species to cover at different locations. So traveling to different points to cover certain events was the most challenging, especially in early spring when everything happens at the same time. So you find yourself checking on sandhill crane eggs one day and then the next day driving 6 hours to go film a mother bear and cubs. At the same time, it’s really rewarding; we got to explore so many beautiful places and meet interesting people. The more time you spend with any species, the more you learn about them.

Joe: There were a lot of really rewarding moments during this shoot. I had not spent much time filming sandhill cranes before this, and I just became addicted to these beautiful birds. They are so fascinating to watch. Cranes are the oldest living bird species, about 2.5 million years old, they are extremely vocal, and they dance. And cranes are extremely dedicated parents and are just tough. I washed a group chase off two coyotes – just aggressively going after them – it really surprised me. I think it’s that bold attitude that has made them so successful as a species, and I think it gives you hope that they will persist.

As Nim said, one of the biggest struggles was covering so many species over such a great distance, but by far the toughest was the mountain goats. We attempted to film them in the dead of winter and each time it was a major endeavor. Mountain goats live in some of the toughest-to-access terrain and this makes them a very challenging species to film in winter. We did have some success in early spring, but again, because of the location, you are constantly battling high winds and harsh weather. It gives you a lot of respect for an animal that can live at such high elevations all year long. 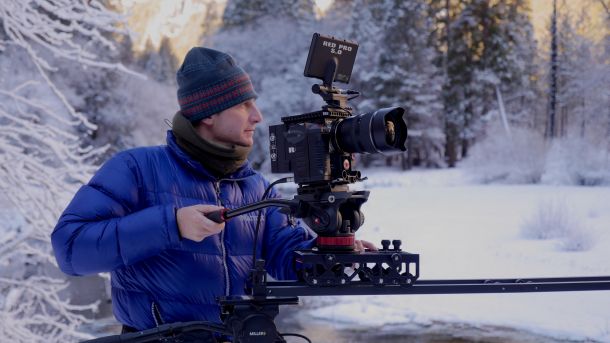 Joseph Pontecorvo in the field.

You’re very familiar with the Rocky Mountains – did anything surprise you?

I was familiar with the Rockies, but not all of it. The Rockies are a massive series of mountains that range from New Mexico all the way up to the edge of the Yukon. You could spend several lifetimes exploring the Rockies and never see it all. In fact, there are remote peaks that remain unnamed to this day.

I think what surprised me the most was the sheer diversity of the Rockies – here is a place that has massive sand dunes that look like the Sahara desert (albeit a small one) and at the same time these massive, rugged, 14-thousand-foot peaks, all within just a few hundred miles of each other. As a result, you also have this diverse cast of characters, everything from bighorn sheep and bobcats, to kangaroo rats and cranes. And all of this smack in the middle of North America, and much of it within reach of major cities. So you have this dense population surrounding the Rockies with these pockets of wildlife scattered across it, and stretches of really dramatic and wild mountains.

For new visitors to the Rocky Mountains, where do you suggest they visit first? For frequent goers, where should they explore next?

Nim: Of course Yellowstone National Park and Grand Teton National Park would be high on that list, as it’s a remarkable place to see wildlife. Especially wolves, bison, and bears.

I think Rocky Mountain National Park is another great place to see wildlife such as bighorn sheep and elk. The elk rut is always impressive, especially great to be camping and hear bull elk bugle.

Glacier National Park is probably one of the most visually impressive places to go hiking. You can easily access very high elevation terrain and it’s a stunning landscape. In summer, the wildflowers cover alpine slopes.

Great Sand Dunes is another really spectacular place to go hiking. It’s just really unique to have these inland dunes at the base of snow-capped mountains.

There are a lot more places, but that’s the shortlist 🙂 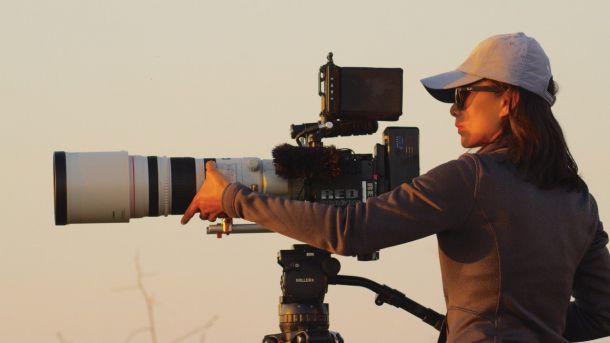 Nimmida Pontecorvo in the field.

How can people help to ensure the wildlife in this region thrives?

Joe: I’ve been lucky enough to spend a lot of time with some fascinating researchers and one of the reoccurring themes discussed is always habitat fragmentation. How can we re-connect fragmented habitats across the Rockies to keep species from blinking out – especially in the face of climate change?

So a real effort needs to be made to create wildlife corridors that connect one protected area to the next.

We have this amazing network of public lands, and when you spend time in the Rockies, it makes you realize what an incredible asset this is. How can we manage these lands to support the greatest biodiversity in the face of changing climate? The answer to that question could determine the fate of many Rocky Mountain species.

But to do all this, we need to recognize the value of these protected areas and provide the conservation funding needed. So I guess one of the best things we can do is support our public lands, and at the same time support private conservation efforts.

The post Behind the Camera: Q&A with “Born in the Rockies” Filmmakers appeared first on Nature.