For decades, birdwatchers and naturalists alike have kept an eye out for the elusive ivory-billed woodpecker, which was once America’s largest woodpecker.

While several reports of possible sightings have been made over recent decades, the last commonly agreed upon sighting was in April 1944 in Northeast Louisiana.

Unfortunately, after decades of searching and hopes of spotting this rare bird, the U.S. Fish and Wildlife Service (FWS) has proposed to declare it extinct. Habitat loss and hunting are the major contributors to its extinction.

And it is not alone. 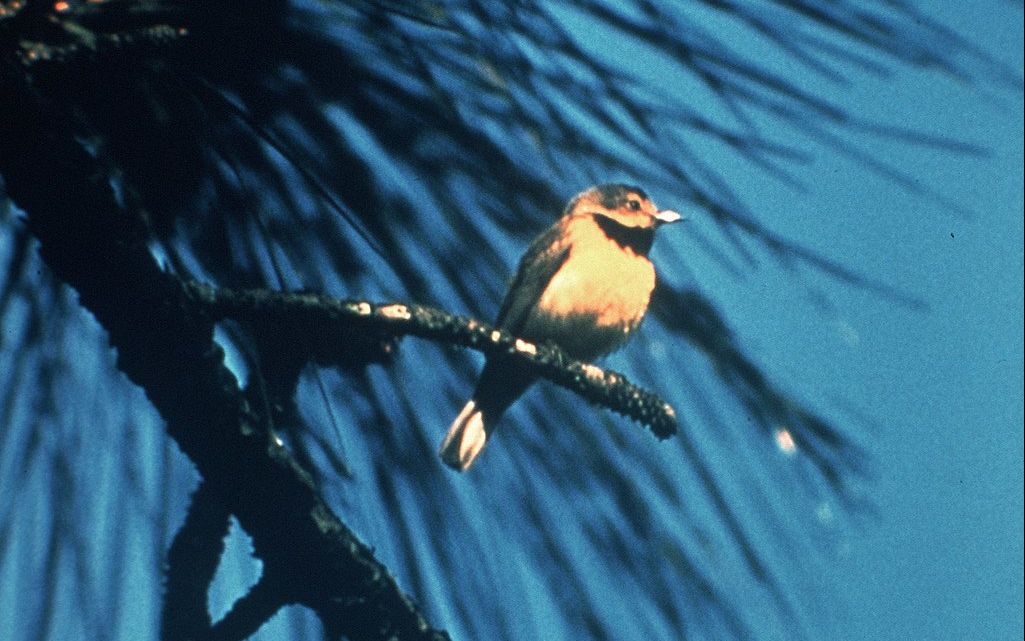 A male Bachman’s Warbler, in one of the last photographs taken of this species. (Jerry A. Payne, USDA Agricultural Research Service, Bugwood.org)

FWS proposed the removal of 23 species from the Endangered Species Act (ESA) due to extinction on Wednesday, Sept. 29. These findings were concluded following rigorous reviews of the best available science for each of these species.

Among those species listed, the ivory-billed woodpecker is the most well-known species. Other species listed include the Bachman’s warbler, two species of freshwater fishes, eight species of Southeastern freshwater mussels and eleven species from Hawaii and the Pacific Islands.

Under the ESA, these endangered species and their habitats were protected by wildlife officials. Unfortunately, many of the delisted species were already extinct, functionally extinct or in steep decline at the timing of the ESA protections, giving them little hope of making a comeback.

“With climate change and natural area loss pushing more and more species to the brink, now is the time to lift up proactive, collaborative, and innovative efforts to save America’s wildlife. The Endangered Species Act has been incredibly effective at preventing species from going extinct and has also inspired action to conserve at-risk species and their habitat before they need to be listed as endangered or threatened,” Secretary Deb Haaland said in the agency’s press release.

The extinction of these 23 species highlights the importance of conservation efforts for endangered species before decline becomes irreversible, the press release reads.

While this news of extinction is grim, there is hope. The ESA has been successful at saving several species from extinction. These conservation efforts have led to 54 species being delisted from the ESA due to recovery and 56 more species were down-listed from endangered to threatened.

Following the announcement of extinction this week, the service is asking the public for information, data and comments regarding these delisted species. They will accept comments through November 29, 2021.